After an overdose of the slam-bang version of the game, it was heartening to see classical format taking centrestage with three riveting contests -- Australia-South Africa, India-England and Sri Lanka-New Zealand - simultaneously producing high-octane contests. After an overdose of the slam-bang version of the game, it was heartening to see classical format taking centrestage with three riveting contests — Australia-South Africa, India-England and Sri Lanka-New Zealand – simultaneously producing high-octane contests. Did I hear people say Test cricket is dead? If it is, then purists like me wouldn’t mind living in the graveyard!

England and New Zealand have admirably bounced back on their respective tours. Not many had given them a chance of standing up to their hosts, but they have stunned everyone by dominating them after losing the first Test. Both India and Sri Lanka have reputations of being tigers at home and have lost the least number of matches in their own den since November 2004. They have built impregnable fortresses over the years which were breached by the spirited English and New Zealanders.

England’s victory at Mumbai was absolutely brilliant as they outsmarted the Indians at their own trade. Kevin Pietersen’s belligerent batting altered the course of the game, irretrievably England’s way. It seemed batsmen had to labour watchfully on the Wankhede track, given the approach of Cheteshwar Pujara and Alastair Cook. But Pietersen’s bludgeoned the Indian bowling and the myths in people’s mind to cause serious damage to the Indian mindset, not just in the Test but in the remaining part of the series.

The manner in which he masterminded England’s triumph to turn the tables on India, have certainly given the hosts much to ponder upon.

Pietersen’s innings only heightened India’s worries as Monty Panesar and Graeme Swann tricked a batting line-up – known for playing spin with ease – on a wicket where Ravichandran Ashwin and Pragyan Ojha did not make the expected impact.

To counter that, captain Ross Taylor and Kane Williamson produced hundreds that helped the tourists to good totals. 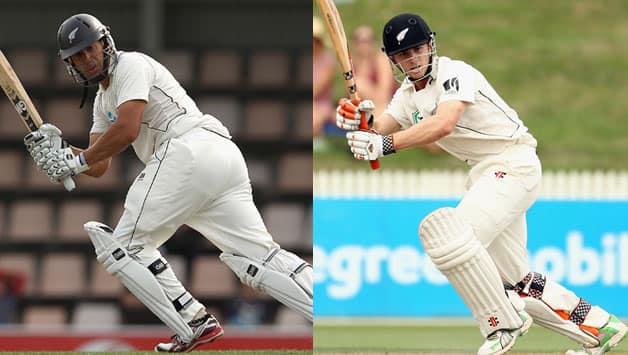 Looking at the scorecard after New Zealand had batted first, one would have been under the impression that here was another turner as Herath finished with another fifer. To contradict those notions, the New Zealand seamers had plans up their sleeves. Trent Boult and Tim Southee wrecked the Sri Lankan batting to helped the Kiwis clinch a sizeable lead. That pace department has followed it up with another brilliant showing in Sri Lanka’s run-chase.

The Australia-South Africa series is in a class of its own. The Australians scored at more than five runs an over in the first innings. Michael Clarke’s double was a Virender Sehwag-like exhibition – something one wouldn’t have expected from the Australian skipper. The contest was always on the knife-edge with wild swings in momentum. South Africa took the initiative in their first innings at the back of Graeme Smith’s hundred, only to see Australia fighting back. Australia commenced their second essay with a huge lead, but were troubled by the Proteas and had to work hard to extend their challenge. The Aussies would have felt that the game was theirs when they had the tourists, chasing 430, at 77 for four at the end of Day Four. Who would have thought that a debutant – Faf du Plessis – would bat out the fifth day and an injured Jacques Kallis would fight to save the Test match? The Adelaide Test defied logic in every sense. And although the two teams have always produced some fantastic cricket, this was something never seen before.

Considering all the recent happenings, one can say that Test cricket is acquiring new dimensions. Such is the beauty of the game that it keeps evolving and always presents a chance to a team under pressure.

The word impossible has perhaps lost its sheen a bit as far as the game of cricket is concerned as some of the performances have smashed a number of preconceived notions.