Mark Stoneman will be Alastair Cook s 12th opening partner since the retirement of Andrew Strauss in 2012.

Fifteen is no average for an opener in an important series. The expected axe fell on Keaton Jennings, who a few months back had a brilliant start to his Test career, slamming a century against India. He struggled against South Africa at home and as a result lost his place. Mark Stoneman will be Alastair Cook s 12th opening partner since the retirement of Andrew Strauss in 2012. A fellow southpaw, he will expected to fill in the gap of Strauss, and with the Ashes 3 months away, the role further becomes more important.

Stoneman s overall numbers don t impress considering the fact that it s been a decade-long domestic career. The former Durham and current Surrey opener has good numbers in List A cricket (Average of 41.53 and a strike-rate of 94) but in First-Class cricket, he has scored 8,692 runs at 34.76. But this season, Stoneman has left no stone unturned to earn his maiden England cap.

Most Runs in County Championship Division One 2017

However, this is international cricket and Stoneman will make his debut in an unfamiliar setting the first ever day-night Test in England. It can get freezing cold post 9 pm, there is no clue how much will be the swing. It will all be about adaptation.

Also the question lies on how much the domestic numbers mean here. On the basis of big scores, Gary Ballance made his way back into the English side, only to disappoint again.

Cook and Strauss, and thereafter

Cook and Struass have batted together 132 times in Tests, amassing 5,353 runs at over 40. They had 35 50-plus stands, out of which 14 were converted to three-figures. The pair were at helm when England rose to the No. 1 spot in the ICC Test Rankings. From the Ashes triumph at home and Down Under to whitewashing India at home, in this pair, England trusted.

Ever since Strauss left the scene in 2012, the missing jigsaw for Cook has been one of the key concerns for English cricket. Nick Compton seemed to be an ideal replacement but runs soon eluded him. Joe Root, who started his career opening for Yorkshire, found some success at the top but England were wasting him at that number. The skipper now and England s best batter, Root has found more comfort at No. 4.

Michael Carberry is a fighter. He fought cancer to stage a comeback to cricket. In England s horrendous campaign in the Ashes 2013-14, Carberry displayed his grit. He lacked the X-factor that an English opener required. He lost his place.

Sam Robson s century early on gave England hopes but he too perished after a string of low scores. A similar script followed for Adam Lyth as well. In between, stalwart Jonathan Trott made his international comeback. A mainstay for England s middle-order for several years, Trott was tried as an opener in West Indies and he flopped miserably. He immediately retired from international cricket and continues to score in plenty in county cricket.

Moeen Ali was tried but England soon realised his value at No. 8, and as an off-spinner. Alex Hales was all about hope, occasional brilliance and inconsistency. He was trying a bit too hard it seemed and curbed his natural free-flowing instincts.

One has to feel for Ben Duckett. He was butchering attacks in county cricket when the three-lion cap was crowned to him but the arena changed. In hostile Bangladesh conditions where it was turning square, Duckett failed. He was later tried in the middle-order in India but the runs never came. His Test numbers read: 14, 15, 7, 56, 13, 5 and 0.

England seemed to have finally found the missing link in teenager Haseeb Hameed. Technically sound, equipped with brilliant temperament, Hameed emerged as a hero in India before breaking his hand. He still fought out a resilient fifty with the broken hand before being ruled out. He is fit now but form has foiled his bid to return.

Jennings started his Test career with a ton in India. He followed it with another fifty in the next Test but that was it. A torrid series against his native land South Africa paved his way out.

Mitchell Johnson bounced them out in the Ashes 2013-14. Mitchell Starc, Pat Cummins, Josh Hazlewood and James Pattinson are eyeing the same. The have a rock in Cook. They need another at the other end. England s hopes are on Stoneman and they will hope he will like up to his name. 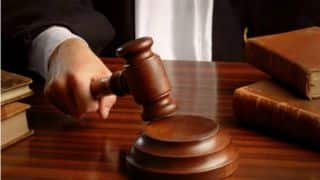