Rahul Dravid and VVS Laxman, once again stood tall against the odds to mark a dramatic turnaround.

India beat Australia at Adelaide in December 2003 to register their first victory after a long drought of 22 years. From being in a spot of bother turned the match around against a team, who were the best in the world.

Rahul Dravid and VVS Laxman, once again stood tall against the odds to mark a dramatic turnaround. Later on, Ajit Agarkar demolished the Australians with a six wicket haul to ensure that India could chase a manageable target.

Dravid once again produced a gem in the second innings to guide India to the memorable win. The Amul ad paid tribute to the Indian victory and showed Dravid and Agarkar enjoying a slice of bread and riding on the defeated Kangaroos. The text says ‘Khall Aus’, actually intending ‘Khallas’, which means ‘finished’. 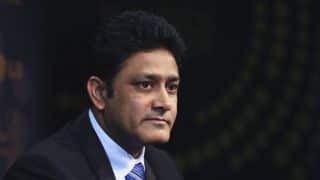