A look at how India have fared in the first Tests from their various tours to England.

India’s tour to England 2014 is all set to kick off on July 9 when the two sides meet in Nottingham at Trent Bridge. India have the dubious record of doing particularly badly in their first Tests in England. In this two-part series, Shiamak Unwalla looks at how India have fared in the maiden match of every tour to England since 1932.

The first time the Indian cricket team travelled to the British Isles to play the Gentlemen’s Game was all the way back in 1911. However, there were no international-level matches played at the time, and the side that toured went under the name Indians rather than India. As a result, the 1911 sojourn is not counted as an official tour, which is a good thing. Otherwise, it would be one more first-game loss that would be counted against India. As it stands, from 1911 till 1974, India never won the first game of an England tour. Below is a list of the first match from every one of India’s tour to England.

The hosts batted first and were bowled out for 259. Pace bowler Mohammad Nissar was the star for India, taking five for 95, while England skipper Douglas Jardine top-scored with 79. In reply, the one of a kind CK Nayudu made an attractive 40, but no one could score more than that, as the visitors could only manage 189. The Englishmen gave a better account of themselves in the second innings, scoring 275 for eight. Jardine was again the star with an unbeaten 85. Chasing 346, India crashed to 187, with Amar Singh’s 51 being the highest score.

India batted first in tough conditions, getting bowled out for 147 thanks to Sir Gubby Allen’s five-for. Nissar and Amar Singh then tore through the England batting, leaving the hosts with a 13-run first innings deficit. However, the lead did not count for much, as Allen and Hedley Verity combined to take nine wickets between them and bowl India out for just 93. Chasing 107, Harold Gimblett scored a terrific 67 as India lost by nine wickets.

India batted first, and were all out for 200. Rusi Modi made an unbeaten 57, but no one else crossed 43 as Alec Bedser’s seven-wicket-haul cleaned out the Indian batting. Joe Hardstaff scored a stupendous 205 not out , as England scored 428 in reply. Vinoo Mankad and Lala Amarnath scored fifties in India’s second innings, but they could not prevent defeat. Chasing 48 to win, England knocked off the runs without losing a wicket.

Winning the toss, India batted first. Vijay Hazare (89) and Vijay Manjrekar (133) propelled India to a commanding 293. Heady contributions from England’s middle and lower order helped them reach 334. India’s second innings saw as many as five ducks — including Manjrekar first ball — as Bedser, Fred Trueman and Roly Jenkins skittled India out for 165. Chasing 128 in the fourth innings, England cruised home on the backs of Reg Simpson (51) and Denis Compton (35 not out).

England won the toss and elected to bat first, a decision that they did not regret at all. A century by Peter May and fifties from Ken Barrington, Martin Horton, and Godfrey Evans saw the hosts pile on 422. Pankaj Roy made a half-century, but no one else crossed 33 for India, as they were bowled out for 206, with Fiery Fred Trueman taking four wickets. Following on, India were again skittled out for a paltry 157, with Brian Statham taking a fifer.

In an innings where only two batsmen scored less than 59 — and Geoff Boycott scored a 555-ball 246 not out — England piled on 550 for four in their first innings. India replied with 164 all-out, but put on a much-improved performance following on. Farokh Engineer, Ajit Wadekar, and Hanumant Singh scored fifties, and Nawab Mansur Ali Khan Pataudi hit 148 to help India to a score of 510. England needed to chase down 125, which they did without a lot of fuss.

For the first time in nearly 40 years of playing in England, India managed not to lose their first match, when they held England to a draw at Lord’s in 1971. England batted first, scoring 304. The spin trio of Bishan Singh Bedi, Srinivas Venkatraghavan and Bhagwat Chandrasekhar took nine wickets between them. India responded with 313, on the backs of Ajit Wadekar (85), Gundappa Viswanath (68) and Eknath Solkar (67). England made just 191 in their second essay, leaving India 183 to win. They lost eight wickets for 145 by the close of play. It could have gone either way, with Solkar still in the middle at the time.

England won the toss and chose to bat first. Keith Fletcher made an unbeaten century; and Dennis Amiss and Tony Grieg got fifties to help England to 328 for nine. In reply, India were shot out for 246, with Sunil Gavaskar’s 101 and Abid Ali’s 71 being the major contributions. John Edrich scored an aggressive unbeaten century in the second innings as England set India a target of 296. India fell well short, with only Gavaskar and Viswanath getting token fifties, as Chris Old and Tony Greig took seven wickets between them to bundle India out for 182.

As seen above, India could manage a solitary draw to go with seven losses in eight First Tests from 1932 to 1974. The record did not improve very much in later years either. It is not for nothing that India were labelled poor tourists, especially in the seaming, swinging conditions of Old Blighty.

Catch Part 2 of India in England: A tale of first Tests — Part 2 of 2 here 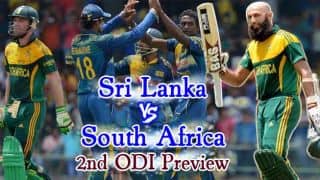