India now holds the unenviable record of having lost by the third-closest margin, in terms of runs, in Tests played at Edgbaston. Edgbaston, it must be said, is the citadel of England sides through the years and with their victory in the first Test of the ongoing five-Test series against India, England have recorded their 28th win on this ground. They have just lost 8 times on this ground and remarkably never against India or any other Asian side.

The closest margin ever achieved in terms of runs was recorded in the famous 2005 Ashes when inspired by a brilliant performance by Andrew Flintoff, England beat Australia by a mere two runs to level the series 1-1 and eventually win it 2-1. This Ashes win was recorded after a long gap of 18 years for England.

Remarkably, the other close victory for England at Birmingham was also inspired by an all-rounder, the legendary Ian Botham, who made an inspired century in England’s second innings. Then Bob Willis set fire in the Australian camp by taking 8/43 in the final innings of the match. England eventually won by 29 runs. This series later on became popular in folklore as Botham’s Ashes.

In the Edgbaston Test against India in 2018 as well, Sam Curran played a wonderful all-round role by scoring a fifty for England in the second innings and taking a four-wicket haul in India’s first innings.

In terms of the closest margins, in terms of runs, in Tests played in England, India’s loss lies at the 11th position overall.

The Test series now moves to the Lord’s cricket ground where India will meet England on the 9th August. 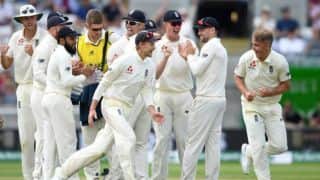 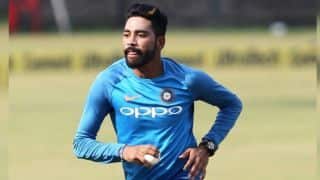