After a successful campaign in 2015, Virat Kohli-led India Men were back in the Emerald Island to play Sri Lanka Men for a full-fledged tour consisting of 3 Tests, 5 ODIs and a T20I. As expected, India ruled roost on Day 1, courtesy the batsmen who ran riot. While Shikhar Dhawan displayed a spectacular array of strokes, Cheteshwar Pujara came up out with a textbook approach. Sadly, Rangana Herath and co. hardly looked treacherous in the middle on a flat, hard and unresponsive pitch. By the end of days play, India Men were comfortably placed at 399 for 3. Full cricket scorecard: India Men vs Sri Lanka Men, 1st Test match

Rain welcomes Rangana Herath: Standing in for Dinesh Chandimal, Herath started the Test on a bad note as Virat Kohli won the toss and opted to bat. Just as Herath was called on to talk, rain presented itself mid-way that saw Murali Kartik finish the interview in a flash.

Shikhar Dhawan s spellbinding 190: Making his comeback in Tests after 2016, Dhawan made good use of the opportunity. He looked nervy in the start but did not hesitate to use his feet against the spinners. He was lucky to be dropped by Asela Gunaratne at third slip.

Once there, Dhawan opened up his arms more frequently; pulling, cutting, driving and sweeping at will. He reached his second fifty in just 48 balls inclusive of 10 fours (5th ton).

After quivering on the ground for a while, Asela was taken to the dressing-room much to the dismay of Herath. Sri Lanka team management announced after lunch that Asela will not play an active role in the Galle Test.

Cheteshwar Unstoppable Pujara: Continuing his splendid form, Pujara milked the bowling throughout the day. He played a role of the spectator in the mammoth partnership with Dhawan. However, he took on charge and accumulated runs by the truck once Dhawan fell. He reached his 12th Test in 173 balls; a normalcy for India s best batsman.

He added 113* runs for the fourth wicket with Ajinkya Rahane.

Sri Lanka s knight in on a dull day: Nothing went right for Sri Lanka in the field apart from Nuwan Pradeep s bowling. Pradeep ran in hard and snatched 3 wickets. He kept on bowling a probing line to get Abhinav Mukund and Kohli. Dhawan, on the other hand, was guilty for giving his wicket away. Mukund handed a simple catch to the keeper while Kohli was taken aback by the bounce; he scored just 3. 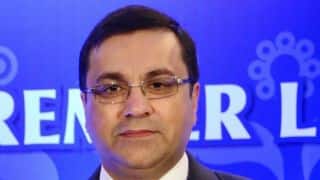