A bowler who delivers at blinding speed invariably has an impact, at times affecting the outcome of a series.

In the first half of Ayn Rand’s novel, Atlas Shrugged, John Galt is an anonymous character, known only as an object of an oft-asked question “Who is John Galt?” The expression is a witty response to unanswerable points. “How deep is the ocean? How high is the sky? Who is John Galt?”

It is a phrase the Indian head honchos will be willing to use when questions pertaining to fast-bowling are hurled at them. Why can India not unearth an express tearaway pacer, one who can be a potent weapon on tours of England, Australia and South Africa? “Who is John Galt?”

This dearth has plagued Indian cricket for decades now, which understandably has led to multiple hypothesis; conjectures, from viewers and purists alike. Placid pitches top the list of answers, but it is a point that can be endlessly debated. Coaching methods are held accountable, too, for greater emphasis is placed on line and length. Moreover, the notion that fast bowlers must be economical is apparently rooted deeply in these lower levels of hierarchy. In spite of umpteen theories, fine speedsters — Munaf Patel, Varun Aaron and Umesh Yadav to name a few — have surfaced to the top, but few have been able to cling on to either their pace or place in the side. The two haven’t mutually coexisted thus far.

Despite this inadequacy, Indian cricket has tasted substantial success in the last decade, thanks to an impeccable batting line-up and the presence of some good spinners. However, that era is now well and truly past, and whether the current Indian setup can replicate that decent run — one which propelled them to the top of the Test table — remains to be seen. It’s hard to fathom, still, how they’ll manage to consistently finish on the winning side overseas with only spinners and medium-fast bowlers in the vault. With the advancement in technology, spin bowling is no longer a mystery, although it continues to be a thorn in the flesh in the sub-continent for the time being.

No matter how wilily a spinner manages to flummox a batsman, it is not the same as overwhelming him with raw pace. A bowler who delivers at blinding speed invariably has an impact, at times affecting the outcome of a series, too. Mitchell Johnson can be used here as a case in point. The English unit is, by all means, a formidable one, but they succumbed to relentless pressure exerted by Johnson. The Australians were at the receiving end of James Anderson’s wrath with the ball a few months ago. Good, quality pace can do that to the most accomplished of batsmen. Agreed, Shane Warne spun Australia to numerous victories, but it mustn’t be forgotten that he was propped by Glenn McGrath — perceptibly quick during his initial years, and later by Brett Lee.

Expectedly, a green surface greeted the Indians at Durban for the second Test against South Africa, and Dale Steyn duly dismantled the middle- and lower-middle order rather contemptuously on it. It is exactly the kind of turf India must anticipate overseas, and it could augur well if they pack in a bowler of such pace themselves. Yadav and Aaron can consistently clock over 145 kph, and they must be backed to the hilt irrespective of immediate results. The must be encouraged to be quick, and only that. With raw speed, runs are bound to leak at times, and at this juncture it’s easy to resort to line-and-length bowling by cutting down on pace. Such thought and action must be nipped in the bud not only by the bowlers themselves, but by the think-tank too.

In the summer of 2003, Lee, the speedster who usually clocked over 150 kph, dropped his pace considerably since he wasn’t bagging scalps. He chose to model himself on his West Indian counterpart Corey Collymore, who bowled good line and length at 125 kph to consistently dismiss Australia’s top-order batsmen. If Lee tried bowling at good pace during that series, he would be thwacked to all corners of the ground. At one point, he told his captain, Ricky Ponting, to take him off. Ponting, though, employed a different plan. He asked Lee where he wanted the fieldsmen so he could bowl to his strengths, and bowl quick. Lee asked for the three slips and short-leg to be removed, and told his skipper to place men at point and forward square-leg instead, such that even if he couldn’t swing the ball, he would not be hit to the fence often. Although defensive, Ponting obliged. Lee’s returns were five for 33, as Australia cruised to an emphatic win. Thereafter, there was no looking back.

It was lack of confidence that wired Lee down back then, but once his captain helped in eliminating his insecurity, he transformed into one of Australia’s tireless workhorses. Lee, too, was criticised from time to time for being too expensive, but as Ponting points out, it was simply a by-product of being an express bowler. Perhaps Mahendra Singh Dhoni can employ similar tactics with Yadav and Aaron. Give them fields they desire and not worry about its repercussions for some time. Lee’s career turned a corner after Ponting accommodate his bowler’s qualms. There is no reason why Dhoni, or the other decision-makers in the Indian line-up, cannot tread a similar path.

India’s Test calendar in the near future features a few gruelling overseas fixtures. More green turfs await them. It could pay rich dividends if one slot in the berth is assigned to a tearaway speedster. Success at that position could reverberate through India’s cricketing structure, as many more could crop up. Pick and stick with one pacer — Yadav, Aaron, or a newbie like Atul Sharma — for a considerable length of time. Add weightage to the field he feels secure with and don’t fret if runs are conceded. Is this a fool proof approach for long-term gain? Well, “Who is John Galt?” Nevertheless, it’s certainly worth a shot. 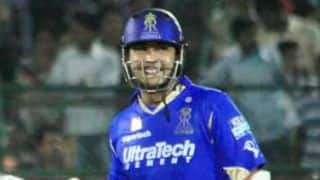 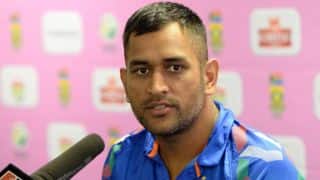