Purists of the game have time and again termed Test cricket as the real test of character. It is a format that continuously pushes every cricketer to be a step ahead of the opposition on all five days. Nonetheless, batsmen enjoy a certain luxury here as well (apart from having the first say in limited-overs cricket). In Test cricket, a batsman can afford to waste deliveries, play dull cricket by presenting a dead bat, for at least a brief period. Bowlers, on the other hand, are always kept on their toes. They, selflessly, bear responsibility of setting the pace in red-ball cricket.

In this context, Indian bowlers deserve credit for attaining 60 wickets from three Tests in South Africa in January 2018. They were able to dismiss the famed South African batting line-up whenever they took field. It is often said that claiming 20 wickets drives the path for victories in Tests. While our bowlers outperformed, the batsmen failed; going down fighting for a 1-2 scoreline.

Bhuvneshwar Kumar, Mohammed Shami, Jasprit Bumrah, Ishant Sharma and Hardik Pandya shared 50 out of 60 wickets, accounting for 83.33 per cent of the dismissals. The current pace battery have matured after the initial failures, and are willing to perform simultaneously. With South Africa ticked off, India travel to England for a gruelling summer. The batsmen have to step in, but Virat Kohli will again rely on his bowlers for favourable results.

**Pandya served as the fifth seamer.

There is a shift in paradigm since Kohli has taken over the mantle as India captain. Indian cricket isn t willing to compromise on fast bowling and remain complacent as the traditional spin-inclined unit. The team management realises that pacers will be more fruitful, especially overseas, and are rightly investing on them. It is still work in progress, but the attack is as good as any in Indian history; and now, the well-oiled pace department looks set for more success.

To shed more light in this regard, I caught hold of India s veteran pacer Karsan Ghavri for a brief discussion. The 67-year-old spoke about India s shift in dependency from spinners to pacers, his favourite from the current Indian lot, lower order contribution and their way ahead in England. In addition, Ghavri differentiated the change in times from his playing days.

Ghavri had an impressive career for a pacer brought up in a country of spin: 109 wickets, a vicious bouncer, a bowling average in the low 30s and a batting average in excess of 20 underline both his all-round utility and uniqueness. He, along with Kapil Dev, formed a successful opening bowling pair a rarity in Indian cricket in the late 1970s and early 1980s. Ghavri s peak was against the touring West Indies of 1978-79, when he took 27 wickets.

He was also a handy lower order batsman. A handy 64 at Sydney in 1977-78 was complimented with an aggressive 99-ball 86 at Bombay. In the process, he stitched a 127-run partnership with Syed Kirmani, then an Indian record for the eighth wicket. Apart from these, he saved the side from the shambles of certain disaster several times with determined resistance.

CricketCountry (CC): Indian cricket is going through a change. Kohli cherishes a full-throttle pace battery, and doesn t want to rely only on spinners. Your views?

Karsan Ghavri (KG): Everything changes with time. The fast bowlers era started with Sunil Gavaskar s captaincy. Earlier, Bishan Singh Bedi and Tiger [Mansur Ali Khan] Pataudi relied totally on spinners. But now, this is in the past. In the last few years, ever since MS Dhoni and Kohli took over, there are more opportunities, or rather overs, for pacers. They, in turn, have also risen to the occasion simultaneously. Sensing this, Kohli backs his pacers. We are a powerhouse in all departments, and can fight it out versus any team in the world anywhere. This was evident in the Test series in South Africa. Had we got more support from the batsmen, we would have returned back winning all three formats.

CC: Among the current pace lot Bhuvi, Bumrah, Ishant, Shami and Umesh who is most impressive?

KG: (Replies instantly) Bhuvneshwar Kumar! He can swing the ball both ways, and is more accurate of the lot. The accuracy and variations brings more wickets than speed. Speed is not everything. If the bowler is the great reader of the game, and knows how to bowl to a particular batsman, he is good enough. Bhuvi fits the bill. Shami (sympathising with his personal turbulence at the moment) is a quality bowler as well.

In addition, Bhuvi, Bumrah and Umesh Yadav are the triggers. Ishant knows his strengths and weaknesses having played for long, but needs more consistency. Umesh and Bumrah still have to learn. That will come with time.

CC: You will certainly agree that lower order contribution is essential; they serve as brownie points for bowlers. Sometimes they score a valuable 20 to ensure a lead or even change a game. Anil Kumble, during his coaching tenure, had stressed on this aspect. How important is for bowlers to contribute with bat?

KG: See, lower-order batsmen have to contribute. Even a No. 11 has to get runs. It is very, very important. If the last wicket requires 20 runs, they should be able to achieve it. Earlier, captains used to declare the innings after the fall of eight wickets. They used to think, yeh log kya run karne wale hai? (How many will these bowlers add to the scoreboard?) But now the game has evolved. The thinking and attitude, primarily of captains, have changed drastically.

All eleven players contributions with the willow are very much required. It is not like fast bowlers have to bowl 10-15 overs and pick up three or four wickets. They have to field well, and put the ball on their bat when required. They have to be involved in all departments of a team game. I repeat, every player has significant contributions to make in all facets of the game.

CC: These days, bowlers are using different methods to keep the batsmen at bay. Variation is the key. Knuckle balls and back-of-the-hand deliveries are example. However, one needs to be smart with variations and not go overboard. Tell us how the past bowlers dealt with variations in the past? Also, what was your most priced weapon with the ball?

KG: Variations are very good. In our times, just the slower ones were the only variations. For instance, Madan Lal, Kapil and I relied only on change of pace. But the game has changed leaps and bounds since then. Such variations, knuckle balls, make it difficult for the batsmen to judge and score off. After all, it is not easy to keep a modern-day batsman silent for long.

Having said that, variations need to be used judiciously. Else, you would run out of the unpredictability factor.

My favourite, many termed as lethal, were the bouncers. It came at a good pace, and was very effective. I got many wickets relying on chin music (grins). Also, I enjoyed swinging the ball in and out.

There is a well-known incident in the Bombay cricket circuit: before a match, an Uttar Pradesh opening batsman had apparently arrived at the Bombay dressing-room and fell at Ghavri s feet, pleading with him to not bounce him.

CC: India will tour England next. In 2014, the likes of Shami, Bhuvi and Ishant either lost rhythm or fitness in the five-match Test series. How does one deal with conditions in England, and be match-fit mentally and physically?

KG: We have already toured England earlier. Barring Bumrah, others have experience from their last tour (in 2014). They have matured and are wise characters now. They would know what is to be done; which is very essential. For them, it will be important to control the ball s movement, and maintain line and length. Speed is not everything, but sticking to a line and length is. They have to make the batsmen play every ball. Only then will they be able to draw mistakes. If they follow this, they will be good. Mentally, they seem to be in good stead. 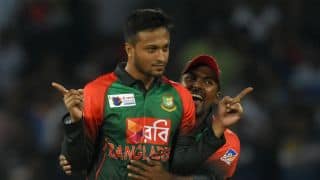 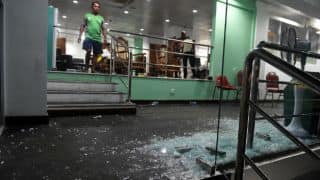