India will tour Bangladesh next, and have announced a full-strength squad for both ODIs and Tests.

India announced their Test and One-Day International (ODI) squads for the upcoming tour of Bangladesh on Wednesday. Barring injured players, India will send a full-strength squad for the tour. In doing so, Shiamak Unwalla feels India are paying Bangladesh a huge compliment.

India have a tendency of taking it easy on tours that are perceived as “easy”. When India toured Zimbabwe in 2010 for a tri-series also featuring Sri Lanka, they rested almost the entire senior team. It seemed that India had sent an “A” team instead, with Rohit Sharma, Suresh Raina, and Virat Kohli (then not yet as big a name as he has since become) being the main batsmen. India were crushed in that series, losing two ODIs to Zimbabwe and one to Sri Lanka and not making it to the final.

The next time India toured Zimbabwe was in 2013, under Kohli. Again some players were rested, but given the last tour, they ensured that it was still a decent side. MS Dhoni, Bhuvneshwar Kumar, and Ravichandran Ashwin were some of the big names rested. Kohli led India to a 5-0 whitewash, which perhaps caused a sense of security.

This was reflected when India toured Bangladesh for three ODIs in 2014, immediately after the seventh edition of IPL. This time again, India sent almost an “A” side. Dhoni, Kohli, Rohit, Shikhar Dhawan, Bhuvneshwar, Ravichandran Ashwin, and Ravindra Jadeja were left out this time. India were captained by Raina, and won the series 2-0. In the second ODI of that series, Stuart Binny famously captured six for four to rout Bangladesh for 58 after India were bowled out for 105.

That was almost exactly a year ago. Since then, Bangladesh have done wonderfully. They routed Zimbabwe in Tests and ODIs later in the year, followed that performance with an admirable outing in the ICC Cricket World Cup 2015, and then proceeded to shock Pakistan 3-0 in Bangladesh before narrowly losing the Test series 0-1.

India will tour Bangladesh next, and have announced a full-strength squad for both ODIs and Tests. Barring Mohammed Shami, who is injured, and Jadeja, who is dropped, India are going in with roughly the same side that reached the World Cup semi-final. The Test squad is also a powerful one, with Harbhajan Singh making a comeback.

Kohli was said to have requested to opt out of the tour, but he is picked in both teams, and will lead India in the Test. There was also talk of the likes of Virender Sehwag, Yuvraj Singh, and Zaheer Khan getting a “farewell” inclusion, but even that has been laid to rest.

By going in with a full-strength side, India have finally acknowledged that this Bangladesh team is one to respect. They have paid Bangladesh a big compliment by not taking them lightly at all. There will be no let-up from India’s side. How well or poorly Bangladesh do in this series could well dictate how the next few years of their cricketing journey will evolve. 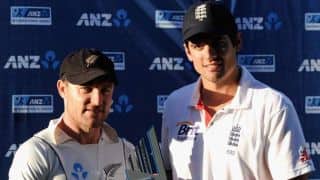 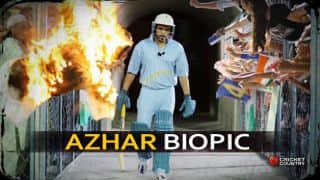