Sri Lanka have two fantastic all-rounders who add tremendous value to the setup. India, on the other hand are yet to zero in on a stable option. The Lankans have handled Angelo Mathews and Thissara Perera very well and India need to take lessons from, it writes Nishad Pai Vaidya. 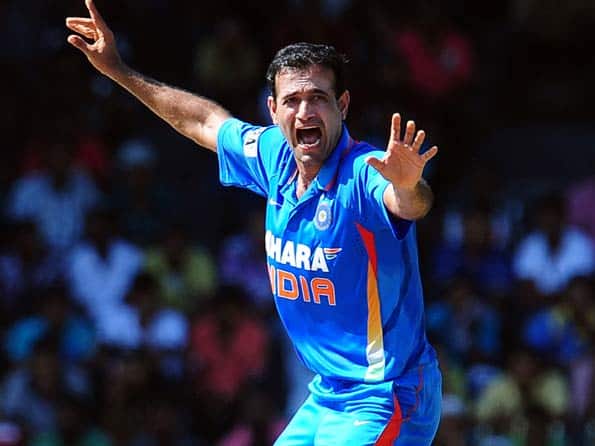 Irfan Pathan (above), Yusuf Pathan and Ravindra Jadeja have presented hope, but haven’t justified the claims in the long run © AFP

Sri Lanka have two fantastic all-rounders who add tremendous value to the setup. India, on the other hand are yet to zero in on a stable option. The Lankans have handled Angelo Mathews and Thissara Perera very well and India need to take lessons from, it writes Nishad Pai Vaidya.

It has been an elusive and prolonged quest for a quality all-rounder as India have tried a number of options to fit the role. Since the retirement of Kapil Dev and later Manoj Prabhakar, India haven’t found a player with great prowess in both departments. In modern one-day cricket, the presence of a good all-round option has become pivotal as it provides the line-up with great balance. The Pathan brothers and Ravindra Jadeja have presented hope, but haven’t justified the claims in the long run. On the One-Day International (ODI) tour to Sri Lanka, India have gone back to Irfan Pathan – a move that raises a number of questions.

Whenever a player has put in a good performance or two, there has been instant hype with the usual claim that India’s quest has come to an end. For example, Ravindra Jadeja’s comeback in England last year was welcomed and he continued to do well in the games that followed. However, his slide was alarming in Australia as he failed to pick up wickets or score runs. When Jadeja was doing well, Wasim Akram  had warned India that it was too early to say that they have found an all-rounder. He couldn’t have been more right.

Akram’s candidate for the job was Yusuf Pathan – an enigma. The hard-hitting Baroda player has dazzled with some enthralling batting. His is stable at best. The off-spinners are fired in the blockhole which doesn’t allow the batsmen much room. As a result, he gets predictable which affects his wicket-taking chances. Since his debut, he has been in and out of the Indian setup – his last appearance coming in the Asia Cup in Bangladesh. Bowling aside, his erratic and inconsistent batting works against him and has denied him a good run in the Indian team.

Through all that, the younger Pathan – Irfan – seemed to be out of the race. While his batting was never in doubt and was always considered an added advantage, it was his bowling that was the major reason factor in his axing a few years ago. A rejuvenated Irfan then sparkled in the last Ranji Trophy season to script a comeback during the ODI series against West Indies late last year. He did decently well, but a lukewarm Asia Cup led to his axing from the squad for the Sri Lanka tour.

The injury to Vinay Kumar gave Irfan a lifeline and his selection into the eleven was surprising. Here was a man who wasn’t even a part of India’s original squad but somehow found his way into the playing eleven. The intentions of the team management were clear – they wanted a player to strike the right balance in the line-up. Irfan’s bowling didn’t disappoint as his spell was crucial in winning the first ODI. However, overemphasis on him being an all-rounder has hampered his bowling in the past. Will the same ghosts come back to haunt India?

India can take a leaf out of Sri Lanka’s book as they have handled their all-rounders very well. As a result they have two fantastic options who add tremendous value in both departments for Sri Lanka. Angelo Mathews and Thissara Perera are still young, but have given ample evidence of their talent. If they can sustain their prowess and maintain fitness, Sri Lankan cricket would be well served for a number of years.

Sri Lanka have allowed Perera and Mathews to chart their own paths and maintain their unique abilities. Injuries have halted Mathews’s progress as a bowler, but he has moved from strength to strength as a batsman. He continues to bowl though and support the others very well. Perera, on the other hand, has blossomed as a bowler and his batting is always a threatening option. Sri Lanka haven’t tweaked with his batting and allowed him to be a bowler who can wield his willow around.

Whenever a new all-rounder has emerged for India, expectations have gone sky high and it has pushed the team management to experiment too much. As a result, some of these options haven’t settled into the line-up and the search commenced all over again. A Sri Lankan approach would be handy, whereby the all-rounder should be encouraged to be himself and given a proper role in the side. There shouldn’t be frequent unexpected promotions with the bat nor should he be under-bowled. While Irfan’s bowling is his main asset, India shouldn’t put too much pressure on him when he bats. It is time India decide what they expect from him and give him a clear cut role.