The Indian cricket team that has been selected for New Zealand series promises to fulfill the requirement, the only thing remains to be seen is how well they do it.

First things first. This will be the ‘India Cricket’ season, where limited-overs cricket will just be filling in between string of Tests. India will play 13 Tests overall till March 2017, against New Zealand, England, Bangladesh and Australia. India’s specific aim will not only be to win everything that is coming their way, but stamp their authority in Test cricket in a manner that has never been seen before. Thus, the selection of this Indian squad for the upcoming three-Test series against New Zealand is even more important since the need will be to make a winning start. The squad that has been selected promises to fulfill the requirement. In fact, the only thing remains to be seen is how well they do it. ALSO READ: India announce squad for Test series vs New Zealand

It has been a very long time that the Indian cricket team has not had a prolonged period of success. But under Virat Kohli and Anil Kumble, this team has not only started taking giant strides in Test cricket but has also been laying strong foundations for the next few years. The team is young and promising, and the core is in the right place. Now, it is about execution. ALSO READ: 10 players on selectors’ radar for Test series

The recent showing of Australia — who were ranked world No. 1 when they went into the Sri Lanka Test series for the Warne-Muralitharan Trophy — was abject and spineless. None of this has been seen with this Indian Test side which has been backed into the corner quite a few times. Like Australia, India too lost the opening Test to Sri Lanka (a much-stronger side back then), but they came back remarkably well to win the series. Australia, on the other hand, kept slumping.

The upcoming season will not be easy for India at all. The Indian cricket team may prepare itself for all sorts of challenges by getting in as many options in their ranks as they can, but execution will have to be top-notch as it has been for the past one year, and this is why Kohli’s team stands a chance to win all the four Test series that are lined up.

Looking at the squad, there are certainly no big surprises. There are two omissions from the Indian Test side that went to the Caribbean to take on West Indies and returned home with a 2-0 win in a four-Test series. The Indian touring party for that series contained an all-rounder in Stuart Binny and an additional pacer in Shardul Thakur, who have been dropped. Their axing is not surprising since India neither needs an all-rounder nor an extra fast bowler in their backyard, where the conditions will suit their batsmen and most importantly their spinners. Shardul was already flown to Australia for India A’s ongoing tour, while Binny is expected to join his state side for the upcoming Ranji Trophy 2016-17.

On the other hand, Murali Vijay will be happy to return to the home conditions, whereas Shikhar Dhawan knows his place could be in jeopardy in case he remains inconsistent. But the happiest of the lot will be Cheteshwar Pujara and Rohit Sharma, as the two batsmen can put behind their struggles overseas and get a mountain of runs in familiar conditions.

Interestingly or let’s just put it as expectedly, Pujara has roared back in form. The 256 not out that he scored for India Green against India Red in the ongoing Duleep Trophy 2016-17 tells us how playing at home can help Pujara transform from a wimp into a monster. His unbeaten double-century is surely a warning for the teams that are hitting the Indian shores in coming months, because he is one batsman who will crush down the opposition once he has settled in.

Talking about Rohit, the right-hander will be pleased to have got yet another chance. He has not been the same force to reckon with when it is about red-ball cricket, and the run-machine in the limited-overs format will be keen to get to an elusive hundred, which he has not been able to in the last three years.

The bowling attack looks well balanced, with Ravindra Jadeja earning his spot. The Indian selectors have been too generous on the pace unit, decking it up with as many as four options in Ishant Sharma, Mohammed Shami, Bhuvneshwar Kumar and Umesh Yadav. While India are likely to play two seamers and three spinners in case they go in with their five-bowler strategy, it remains to be seen if at all Kohli sticks to his mantra or he goes for an additional batsman.

For the Indian cricket team, winning the first Test and then the series will be key, as they would like to set the tone early going into their home season. A winning momentum will be extremely important for the Test side which has lost to England both home and away, and it will be a blemish that they will want to get rid of. For starters, the series against New Zealand would be an excellent opportunity for India to warm up. 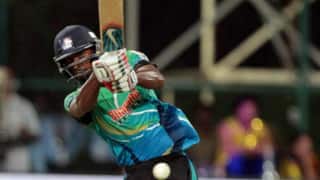 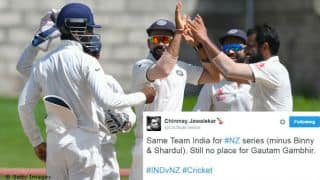