One cannot help but wonder exactly what the purpose of an A-match is. Is it played in preparation of an upcoming series or a major tournament? Or is it a way to reward outstanding domestic performers?

Confusion had broken loose at the BCCI Selection Committee meeting on Friday as journalists kept waiting on either side of lunch for the biggest cricket news of the day. Following the sacking of the President and Secretary, there was no one to convene the meeting, leading to a three-hour delay in the announcement. When Chairman of Selectors MSK Prasad read out the names for the 3-ODI and 3-T20I series as well as the India A squad for England s tour matches at 4.30 PM, there was mixed reaction from those present. While some selections were obvious and some were greeted with smiles, others led to confused looks.

Despite MS Dhoni s decision to step down, you could not help but do a double-take when you heard his name without the word captain . It has been over eight years since Dhoni has featured in an Indian side under another captain.

Shikhar Dhawan was an obvious recall (his last three ODI innings, in Australia earlier this year, were 68, 126, and 78) after he missed the New Zealand series with an injured thumb. Given his penchant for big scores in ICC tournaments, Dhawan was an obvious pick. He was also Man of the Series in Champions Trophy 2013, which, like the upcoming edition, was also played in England.

That the selectors want to persist with Manish Pandey and Kedar Jadhav in the middle-order is obvious. Given his amazing run in his brief limited-overs international career, KL Rahul has been an obvious choice.

While Ajinkya Rahane may not be an obvious pick in the starting XI despite Rohit Sharma s absence, he is definitely someone you want in your side. However, the most surprising recall to the ODI side has been Yuvraj Singh s. Exactly what Yuvraj has done to merit a recall to the ODI over side remains a mystery, for he has not played a 50-over match since 2015. He was not even a part of the India A tour of Australia. One may assume that the selectors have gone based on hunch, not performances.

Jasprit Bumrah was, again, an obvious pick. When the selectors had picked Hardik Pandya for the Test series they gave the impression that they want to invest in him as a fast-bowling all-rounder, more so with the upcoming Champion s Trophy in England.

While Umesh Yadav had been expensive against New Zealand, he had had the better of England batsmen in the Test series, bowling with scorching pace to shake them up on several occasions in the Test series. If the psychological advantage he had gained over the Englishmen with the red ball is the reason, it may backfire for the English ODI side is significantly different from their Test counterparts.

The other curious inclusion is that of Bhuvneshwar Kumar, who has not played an ODI since January. He had figures of 17-0-111-0 on the tour of Australia, and had conceded 106 in the match he had played prior to that. His ability to bowl brilliantly with the new ball has perhaps played a role in the decision, for he will be one of the forerunners for the new-ball-bowler s spot in England.

Rahul, once again, is an automatic selection, as is Dhoni. 2016 was Dhoni s best year by far in the format. He scored 238 runs at 47.60 and a strike rate of 150 despite over half his runs coming in singles, which shows his relevance in the 10-over phase between the Powerplay and the death overs.

Yuvraj s selection in the T20I side is also somewhat baffling. He last played 20-over cricket in IPL. Though his side (Sunrisers Hyderabad) had lifted the Trophy, Yuvraj hardly played a role: his 236 runs came at an average of 26.22 and a strike rate of 132, and he sent down a mere 37 balls in the entire tournament. Perhaps his new role as sheet-anchor (as was evident in the Asia Cup and World T20) is something the selectors want to have a look at. However, if Dhoni bats at No. 4, Yuvraj s selection may again raise eyebrows.

Suresh Raina had an ordinary IPL as well (399 runs, average 28.50, strike rate 128), which makes his selection questionable as well. Pandey, despite his ODI exploits, is yet to deliver in the shortest format, and had an ordinary IPL as well. India have three men who have done reasonably better in IPL Dhawan, Gautam Gambhir, and Murali Vijay but they were probably not looking at an opener.

This probably means that one of Mandeep Singh and Rishabh Pant will be in the starting XI. Pant did not exactly take the world by storm in this IPL, but has been fantastic in Ranji Trophy: his 972 runs have at 81 and at a strike rate of 107. However, it can be argued whether First-Class numbers can be used as a parameter for selection in 20-over cricket.

Pandya, Ashwin, Jadeja, and Bumrah have all merited selection for reasons mentioned above. The IPL Purple Cap has earned Bhuvneshwar a justified comeback, while Ashish Nehra, India s 2016 cult hero, will be back with the new ball. You cannot really drop a fit Nehra after his phenomenal comeback.

The ODI and T20I selections raised quite a few eyebrows. The teams for the tour matches seem to be more curious.

Some selections are self-explanatory. Given that you have picked a cricketer who has not played at the highest level for some time (or have never played at all), it is only logical to give him practice before the series. Thus, picking Dhoni, Yuvraj, Rahane, Pandya, Nehra, Rahane, Raina, Mandeep, Dhawan, and Pant make perfect sense, though all of them should probably have played both matches.

However, that is not as baffling as some of the others. One cannot help but wonder exactly what the purpose of an A-match is. Is it played in preparation of an upcoming series or a major tournament? Or is it a way to reward outstanding domestic performers?

Six men will play only the first match; seven others, only the second. None of them are going to feature in the upcoming ODI or T20I series. One wonders what purpose their selections will serve. In all probability some of them will travel, bat for about a few balls and roll their arm over for a handful of deliveries for the ones selected for the international matches will get priority.

These domestic stalwarts will never play at this level for months, perhaps years after their solitary appearances. While the selections will be excellent breaks for them, it does not really send out the message that the selectors have worked towards a long-term plan. 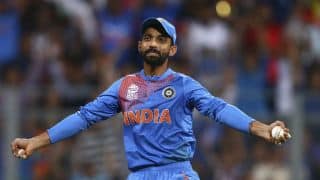 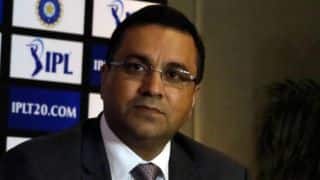