India will end 2014 with tour to Australia and the situation is quite similar to the one in 2011.

India’s last overseas Test series victory came in 2011, against the West Indies. Since then they have lost as many as five overseas Test series — two in England (2011 and 2014), one each in South Africa, New Zealand and Australia. The debacle in England proved that the Indian cricket has a long way to go, and the tour of Australia at the end of the year will be even tougher than the England sojourn. Devarchit Varma lists down the points which can help India put up a better show Down Under.

When India had toured Australia back in 2011-12, the country’s media and cricket pundits were somewhat confident of the team’s chances to win in Australia. The hosts were, after all, a struggling unit and everyone hoped that Indian cricket had learnt its lessons after the humiliation in England couple of months ago. What transpired in Australia was yet another black chapter in Indian cricket, wherein the team was blanked 4-0 and it was the last time when the likes of Rahul Dravid and VVS Laxman were seen together.

India will end 2014 with yet another tour to Australia (with a home series against West Indies sandwiched between the two series), and the situation is quite similar to the one back in 2011. The results in England prove that Indian cricket is nowhere close to the standard they should be having in order to play outside subcontinent, and looking at how Australia have progressed under the astute leadership of Michael Clarke and the guidance of Darren Lehmann, Indians can very well make out what can transpire in Australia.

Glenn McGrath, also known for his quirky remarks is of the opinion that India is bound to struggle in Australia as well. Given the recent run of the Indian side, it is likely to happen. Let’s go through couple of key points which India need to work on and keep in mind to avoid yet another embarrassment, as a failure will certainly shake the Indian cricket right till the bottom:

Do not get overwhelmed by the opposition: The Indians are one interesting lot. They can play struggling cricketers into form, and their mistakes will help the down and beaten sides to rise from the ashes. This is precisely what happened in England. When the hosts started to bounce back, India walked away from the bout and never returned back in the contest. For the rest of the series. India had to learn to take the challenge and fight. Indian batsmen tend to get bogged down so much by one single force (consider James Anderson as an example) that they start getting out to the bowlers who are far away from being impressive. This can be easily understood by how ordinary Chris Jordan and Chris Woakes were in the third and the fourth Tests, but still managed to make most of the platform provided by Anderson in the final Test.

Plan and execute well, it is lifeline for surviving in international cricket today: Mitchell Johnson was told to intimidate the batsmen during Ashes 2013-14 series. The wickets came automatically. England obliged by gifting 37 wickets to the left-arm speedster. This is the perfect example of planning and execution.

In India’s case, there is always the talk about ‘processes’ and ‘bowling in the right areas’. India will have to walk the talk. A lot of thought process is to be involved and the backroom staff must ensure that the plans for each and every player in the Australian side are chalked out. But more importantly, the plans need to be executed to perfection.

There is no dearth of talent in India. Despite that, India continues to struggle is because they do not maximise the resources to their full potential. Indian bowlers do not bowl in the right areas. Even if they do, they are not consistent enough to keep the batsmen in pressure.

Identify players for specific roles: Ravindra Jadeja’s spin may not be useful to the extent in Australia and England as it is in India, but India still persisted with Jadeja in England. Jadeja is one of the members of the core group for 2015 World Cup, but India cannot risk playing him in Test cricket for the sake of providing him with playing experience Down Under. As a batsman, cricket pundits outside subcontinent still wonder how this man has scored as many as three triple tons in First-Class cricket. India will need players who can match the opposition with the bat and ball and even in fielding. Stuart Binny is another example. India did not give him enough bowling despite naming him as the fourth bowler on more than one occasion in England. This shows that India are not planning properly. Or even if they are, they are not confident enough to back themselves and stick to what they decided. While on the other hand, the teams like England and Australia are working endlessly to get their playing XI right and select players who win matches for them.

Improve on fielding: By now, Ravindra Jadeja would have realised how costly the lifeline was, which he provided to Alastair Cook in third Test at Southampton. India nearly dropped more catches in England than they took, and England pounced upon every opportunity. India will have to get rid of the excuse that these are young players to Test cricket, because they excuses do not win matches. Taking catches do and making most of the opportunity.

Bat responsibly: One reason why Indian batsmen fared miserably in England because none of them ever put his hand up to say he was ready to drop the anchor and let the others build the innings around him. In Australia, right from the nos. 1 to 11, every player have to take up the responsibility and spend time on the wicket, because one or two boundaries will not win Test matches, batting for sessions all together do. 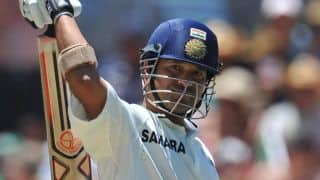