England concede a century stand for the 10th wicket for the third year running.

Mohammed Shami and Bhuvneshwar Kumar put up a spirited 10th wicket stand of 111 to extend India s score to 457 in the first Test against England. This is now the second highest tenth wicket stand for India in Tests and in the third consecutive home season, England have conceded a century stand for the last wicket. Nishad Pai Vaidya looks at some of the numbers.

In three consecutive home seasons, England have conceded one hundred-run partnership for the tenth wicket in Tests. In the latest instance, Bhuvneshwar Kumar and Mohammed Shami batted with good application and then attacked England to extend India s score. This partnership helped tip the balance in India s favour on Day Two at a time when they had collapsed and were in danger of giving away the advantage. The last wicket stand would continue to haunt England for some time and they would hope they break the streak next here.

Let us have a look at the highest tenth wicket partnerships on English soil:

Two of those partnerships have come from English pairs Ken Higgs-John Snow and Peter Willey-Bob Willis. The other three have come from visiting teams and all of them have come in the last three seasons. It all started with Tino Best and Denesh Ramdin s stand. Ramdin infamously took the sheet out of his pocket on getting his ton with the words, Yeah Viv, Talk Nah! Best smashed 95, which was then the highest score by a No 11 in Test cricket. A year down the line, 19-year old Ashton Agar smashed those records when he hit 98 on Test debut at Trent Bridge, Nottingham. In partnership with Phil Hughes (who got 81 not out), Agar put up 163 runs, which is a world record for the 10th wicket.

In putting up a 111-run stand, Bhuvneshwar and Shami have now recorded the second highest tenth wicket stand for India. Let us have a look at the records:

Sachin Tendulkar and Zaheer Khan hold the record with their 133-run stand at Dhaka in 2004. Tendulkar was on his way to his highest Test score i.e. 248 not out. In doing so, he equaled Sunil Gavaskar s mark of 34 Test tons. Zaheer came in and smashed 75, which remained the highest score for a No 11 in Test cricket for many years. Ghulam Ahmed and Hemu Adhikari s stand of 109 of 1952 was broken by Shami and Bhuvneshwar. That stand came in Pakistan s maiden Test and helped India setup a tough total. Harbhajan Singh stitched a 105-run stand with S Sreesanth against New Zealand when he was on his way to his second Test ton.

Zaheer had smashed 75 against Bangladesh in 2004. Ahmed hit that half-century during that stand with Adhikari against Pakistan at Delhi. Shivlal Yadav scored 41 in a last-wicket partnership of 94 against Australia in 1985. Gavaskar remained unbeaten in that innings. Harbhajan. It is surprising that Harbhajan Singh batted at No 11 at one time. With his ability, he did manage to get across to 40 not out against Sri Lanka at Ahmedabad.

Last year, Agar and Hughes stand nearly drowned England. If you look at it in context of the game, it was crucial as England won the game by a whisker on a thrilling last day. Such partnerships not only frustrate an opposing captain but can also change the complexion of a game. Shami and Bhuvneshwar helped take India above not one but two psychological barriers 400 and 450. England would hope it doesn t cost them in this game. 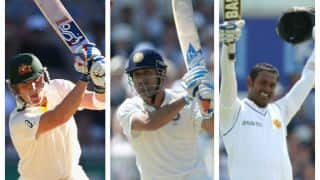 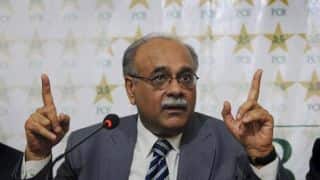