Trend Bridge is one of the most high-scoring venues in England.

India open their 2014 tour of England at the ancient ground of Trent Bridge. Abhishek Mukherjee looks at the key numbers from over a century’s cricket at the ground.

Test cricket has been played at Trent Bridge from 1899. It was the fourth English ground to host Test cricket, and is one of the highest scoring grounds in the country — to the extent that Neville Cardus had once called it “a Lotus-land for batsmen, a place where it was always afternoon and 360 for two wickets.”

Trent Bridge is also the headquarter of Nottinghamshire — the county one easily identifies with Robin Hood, that outlaw of Sherwood who became England’s cult hero. The Nottinghamshire logo, hence, is that of an archer.

Let us have a look at the numbers at Trent Bridge, then.

As one can see, there is not much of a difference between the numbers at Trent Bridge and the other English grounds. Let us, then, look back at some of the best performers at the historic ground.

Most wickets at Trent Bridge:

As is easily noticeable, James Anderson may turn out to be a major threat for the Indians. 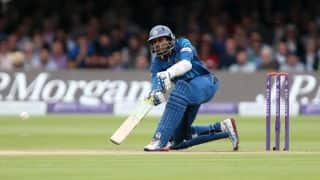 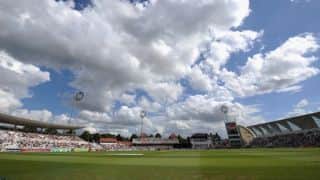