India tour of New Zealand 2014: Things to watch out for India in the two-match Test series

India tour of New Zealand 2014: Things to watch out for India in the two-match Test series

Ambati Rayudu might be interesting gamble after an unbeaten 49 in two-day game.

After the 0-4 loss against New Zealand in the One-Day Internationals (ODIs), the Indian team will be eager to start fresh in the Test series. Here’s a look at some of the key points for India in the upcoming games:

In One-Day Internationals (ODIs), there is a clear role for Mahendra Singh Dhoni at No 6 as he comes in ahead of Ravindra Jadeja, but in Tests the equations change. Having Jadeja and another spinner in the form of Ravichandran Ashwin in seaming conditions isn’t a fruitful combination. With Rohit Sharma finding a spot at No 5, either the Indian skipper comes up the order or opts for a batsman to come ahead of him. At this moment, Ajinkya Rahane looks like the top contender with a fifty in the warm-up match; Ambati Rayudu too is an interesting gamble after an unbeaten 49 in the same game. India do have a fair number of choices in the lower middle-order but whether their final decision clicks or not matters a lot. At the same time, there’s a gamble over Ravichandran Ashwin’s inclusion. Jadeja, on the other hand was impressive in the second Test against South Africa at Durban and had replaced Ashwin.

The elusive away Test victory!

In case you’ve lost count, India have not won a Test match away from home since the victory against the West Indies in June 2011. Yes, those were days when legends like Rahul Dravid and VVS Laxman used to play for India. So let’s just say an era has passed by since India have won an away Test match. Even though they were outclassed in the ODI series, the Indians still have the team to defeat the Kiwis in their own backyard and the bowling still holds the critical part for India. If the Zaheer Khan-led pace attack fires, the solid and promising Indian line-up can prove heavy for New Zealand who hold the momentum.

The hatred towards Ishant may have fallen short in comparison to the faith Dhoni has kept in the erratic lanky pacer. While Dhoni’s patience caved in during the ODI series, it would be interesting to see whether he manages to keep his place in the side in Tests ahead of Bhuvneshwar Kumar and Umesh Yadav. It’s quite clear that India need to look beyond Ishant in the pace department and give others a long run after the Delhi pacer has played over 50 Tests without much consistency .

South Africa was a litmus test for a young Indian side since the retirement of Sachin Tendulkar. And they didn’t disappoint much despite losing the series. The Kiwi pace attack isn’t as venomous as the Proteas,  hence there is an opportunity to make a mark on an away tour for the young Indian side. 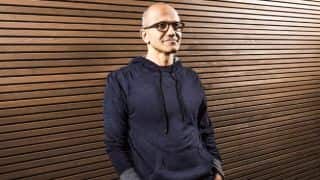