Was it necessary for India to schedule a three-ODI tour to Bangladesh ahead of the long sojourn of England? Nishad Pai Vaidya says it is about BCCI’s commitments.

When will the administrators learn to eliminate meaningless One-Day International (ODI) tournaments? For the sustenance of the 50-over format, many pushed for the need to regulate inconsequential games. It would not only help sustain ODIs, but would also prevent unnecessary player burnout. Yet, we continue to see needless games popping up at regular intervals. The latest entrant in the list is a three-ODI series between India and Bangladesh, which would be played in June. The series is scheduled two weeks after the completion of the Indian Premier League (IPL) and a week before India leaves for the long tour to England. Was this a necessary tour?

This tour has been a part of the FTP for a while. However, the intentions of the two boards to put the wheels in motion only came during the infamous ICC restructure earlier this year — where the Board of Control for Cricket in India (BCCI) seized control along with the boards from England and Australia. On the sidelines, Bangladesh signed a deal with India that assured them bilateral series with their neighbours. The tour in June would only be an ODI affair and India will play Tests in Bangladesh next year. However, could such scheduling have an adverse impact on the Indian players ahead of the long tour to England?

Remember, in 2011 India arrived in England from the West Indies and were woefully short of match practice in English conditions before the first Test. The consequences were disastrous. This time, India have done well to have two practice games ahead of the first Test, but adding three ODIs in the lead-up would simply be too taxing. You do not want your players to go into a five-match Test series fatigued. India have been on the run since October and the break after the IPL was one to look forward to for most players.

Through all that, it is said that MS Dhoni and Virat Kohli may be given a break. It is understandable as Dhoni is easily the busiest cricketer, who captains, bats and keeps in all three formats. He does deserve the rest from this tour. Kohli too has had a tiresome workload being India’s frontline batsman across formats. He too should be given a breather before the long tour. However, the likes of Rohit Sharma, Ravichandran Ashwin, Bhuvneshwar Kumar or even Cheteshwar Pujara may bear the brunt of this scheduling as they are certainties for the Test series in England. The BCCI may be willing to give a breather to India’s captain and vice-captain, but the rest of the squad may have members who may be tired ahead of the England tour.

Keeping that aside, if the BCCI had to honour this commitment, they could have found a better time. The West Indies are scheduled to tour India later this year in October and it is unclear if that tour would take place given the fact that they had come to India last year for Sachin Tendulkar’s farewell. Perhaps, this series could have been placed there. As we know, this hasn’t got much to do with the player burn-outs or the future of ODIs. It is a commitment! 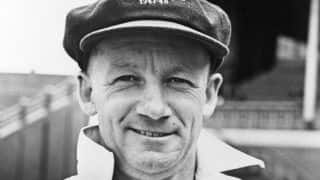