September 27, 2016. It has almost been a year since Australia won an ODI away from home. That win had come at Benoni against Ireland.

September 27, 2016. It has almost been a year since Australia won an ODI away from home. That win had come at Benoni against Ireland. Ever since, they have lost 8 ODIs overseas but have somehow managed to cling on to the No. 2 spot in the ICC ODI Rankings.

Indians, meanwhile, have come from Sri Lanka, handing them a 9-0 whitewash across formats.

Check the banters on social media and the Australian fans won’t be refraining from calling India ‘Tigers at home’.

IPL made David Warner learn Bengali in order to communicate with Mustafizur Rahman. Has the southpaw learned Hindi to sledge Rohit Sharma? Are Virat Kohli and Steven Smith friends? Will Smith’s brain fade again? Will Pat Cummins and KL Rahul have a drink after the glares? The resultant of Border-Gavaskar Trophy earlier this year was an amalgamation of controversies, ugly exchanges and strained friendships.

India are all set to renew their rivalry with Australia as the latter arrive onshore for a 5-ODI series. Expect no pleasantries, as the teams will take field at MA Chidambaram Stadium, Chennai to clash in the first ODI.

Smith has batted for ‘spirit of the game’ ahead of the series, but comparisons are bound to be drawn between the two modern greats: Kohli and Smith. Earlier this week, Michael Clarke gave his verdict that Kohli is the better batter in ODIs, while Smith holds the edge in Tests.

Smith has seen the larger picture here, and wants to focus more on results than getting into personal battles. Australia had managed to keep Kohli’s bat quiet throughout the Test series and Smith ended up being the hero, when the sides clashed in the 2015 World Cup semi-final.

“I think it (series) will be played in good spirit. It is a hard-fought contest playing against India.  I am not too concerned about the differences with Kohli. He is obviously a very good player and has a phenomenal ODI record. Hopefully, we can keep him quiet as much as possible in this series. If we do that then hopefully it can go a long way in us having success on this tour,” Smith told reporters ahead of the first ODI.

Indian teams in pre-Sourav Ganguly era or even in the MS Dhoni times would have spoken like this and their Australian counterparts would have reacted the way Kohli did.

Kohli’s thoughts differ here. Ahead of the game, Kohli told reporters, “All those things (mind games) are to get that aspect of mind games which I think creates an excitement for the fans watching as well. Also the players involved in the series you know, that becomes more exciting and players are more pumped up to win games and outdo each other.

“I feel that intense competition should be there for the game to have that excitement and keep this game alive. I think it is very important to have that competitiveness in every series that you play.”

Australia did not have a great outing in Bangladesh in Tests ahead of this series. They started with a loss at Mirpur but came back stronger to level the series at Chittagong. Despite most of the Australian players having the IPL experience, they know they are up against a very good side.

Australians are wary of the Kuldeep Yadav threat and accordingly roped in Chinaman bowler KK Jiyas in their camp. Jiyas was Travis Head’s colleague at Delhi Daredevils camp.

“He is a guy (who) Sri (team consultant Sridharan Sriram) has organised to come down and bowl. They have got Kuldeep Yadav in their squad and he is likely to play. There is a chance to train against someone like that. There aren’t too many in the world. A few of the guys played against him in the IPL and he is a good young talent and can be difficult to pick at times. He is someone who you have to watch a little bit closely. Hopefully, we can put him under pressure early in his spell and try and take him for as many as we can,”Smith added.

While Australia are preparing for the oppositions, Kohli brags that India aren’t.

India were struck with two last-minute blows. First, Shikhar Dhawan had to step out to attend his ailing wife, and now Akshar Patel sprained his left ankle during a practice session and has been advised rest. While India did not name a replacement for Dhawan, Ravindra Jadeja has been drafted in as the last-minute, like-for-like replacement for Akshar.

India’s batting has largely revolved around Kohli. Rohit Sharma’s consistency will be required. The likes of Manish Pandey, Ajinkya Rahane, Rahul and Kedar Jadhav haven’t yet established themselves as regulars. And MS Dhoni, though still a threat, has his finishing skills waning.

Mohammed Shami has been drafted in the squad but at the moment, he will find it difficult to breakthrough as India will look to play two specialist spinners.

There are doubts over Aaron Finch’s availability for the first match. Peter Handscomb has been called as a cover and he might well get to play. If Finch doesn’t play, Australia do not have a standby opener, and Travis Head may have to start with Warner.

Without George Bailey, the middle-order lacks experience and, Steven Smith, alongside Glenn Maxwell will have to play major roles. Marcus Stoinis’ good form will be a breather for the visitors.

India and Australia have been involved in run-fests in recent times, and a 300-plus game is expected at Chennai. Rain may play a spoilsport. The temperatures are expected to be in the lower 20s and higher 30s with mostly overcast, and thunderstorms are predicted.

To watch out for

It was in October 2015 when India played their last ODI in Chennai. Riding on Kohli’s 138, India posted 299 and despite AB de Villiers’ century, South Africa were reduced to 264. Kohli will be the one to watch out for.

Warner, meanwhile, will look to cash in on his rich form. He was unstoppable in the IPL and recently slammed 2 centuries in Bangladesh. He continued his form in the warm-up game and, once he gets going, we all know the result.

Don’t forget, this is Chennai. India have many Gods. Chennai have two more: Rajnikanth and (of course) Dhoni. A packed house may greet their ‘Thala’ Dhoni.

To Australia’s credit, they haven’t lost an ODI at Chennai and the in-form India will look to change that.

Suvajit Mustafi consumes cricket for lunch, fiction for dinner and munches numerous other snacks throughout the day. Yes, a jack of several trades, all Suvajit dreamt of was being India’s World Cup winning skipper but ended up being a sports writer, author, screenwriter, director, copywriter, graphic designer, sports marketer, strategist, entrepreneur, philosopher and traveller. Donning so many hats, it’s cricket which gives him the ultimate high and where he finds solace. He can be followed at @RibsGully [Twitter] and rivu7 [Facebook].
First Published on September 17, 2017 8:00 AM IST
Last updated on September 17, 2017 8:00 AM IST
TOPICS:
Australia Australia tour of India 2016-17 Chennai David Warner India India vs Australia MS Dhoni Steven Smith Virat Kohli
SERIES:
India vs Australia 2017-18 Match : India vs Australia 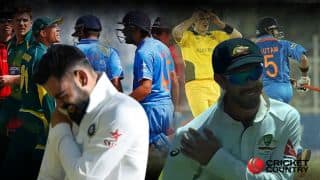 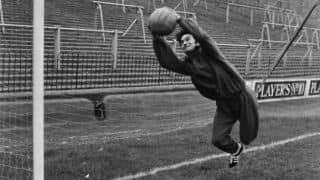