Virat Kohli is the highest run-getter in ODIs in 2017. Meanwhile, David Warner leads from Australia at the 24th spot.

0 Australia have never lost an ODI at MA Chidambaram Stadium, Chennai (Chepauk); playing 4. India have won 6 out of 11 matches.

2 catches needed by Kohli to surpass Yuvraj Singh (93) and grab 8th spot in the all-time ODI list for India.

1 total in excess of 350 will take India to 25 such scores. They are currently tied with South Africa (24). Australia, on the other hand, have 16 such totals.

1 more half-century will extend Dhoni s tally to 100 international fifties. He has 6 fifties versus Australia.

2 wickets needed by Umesh Yadav to become the 19th Indian to achieve 100 wickets. If he gets 3 wickets he will surpass Sourav Ganguly (100) to become the 17th-most successful Indian bowler in ODIs.

299 matches for Dhoni for India, if he plays on Sunday. He has also played 3 ODIs for Asia XI.

62 runs required by Kohli and Rohit Sharma to bypass Dhoni and Yuvraj on the list of most successful Indian ODI pairs. They will move up to 7th spot.

23 runs required by Glenn Maxwell to amass 2,000 runs. He will become the 26th Australian to this milestone.

26 runs required by Warner and Aaron Finch to bypass Geoff Marsh and Allan Border on the list of most successful Australian ODI pairs. They will move up to the 19th spot.

600 international game for India at home. They have won 292 and lost 184 encounters across formats in their own territory. Only Australia (868) and England (827) have played more. 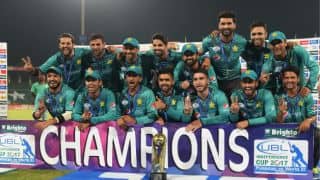 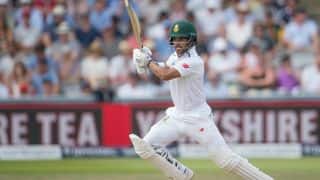