Gautam Gambhir’s prolonged struggle has finally got him the axe from the selectors. Having gone three years without a Test century, he was flirting with danger and it was only a matter of time before the selectors took the tough but necessary call. 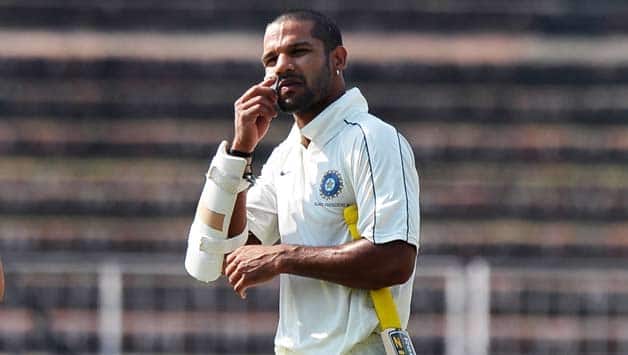 Gautam Gambhir’s prolonged struggle has finally got him the axe from the selectors. Having gone three years without a Test century, he was flirting with danger and it was only a matter of time before the selectors took the tough but necessary call. In comes his state-mate, Shikhar Dhawan, a man who burst on to the scene as a precocious batsman and who has now been rewarded for years of consistency at the domestic level. While Gambhir’s axing is the biggest talking point, Harbhajan Singh’s return and Bhuvneshwar Kumar’s selection are the other major decisions taken by the selectors.

As discussed in a previous article, the selectors have gone in with a total of four openers – two of them being back-ups. There is a three-way tussle to decide who Sehwag’s opening partner will be. Dhawan, Vijay and Rahane have put forward their cases with strong performances in the Irani Trophy game. Vijay seems to be front-runner because of his recent hundred and the fact that he has played Test cricket. However, he had a very ordinary season and Dhawan’s returns were much better. Wasim Jaffer misses out yet again despite scoring tons of runs this season, including a hundred in the Irani Trophy. Through all that, Rahane’s case is interesting because there is a buzz that he might be considered for the No 6 spot.

Keeping Rahane on the bench isn’t doing him any good. In fact, it is denting his confidence big time. Giving him a shot at No 6 may be a good option in the long run and he can be promoted up the order when he settles in the line-up. But, standing in the way is the all-rounder Ravindra Jadeja, who gives Dhoni options in both departments. What Jadeja’s inclusion does is that it acts as a back-up to the frontline bowlers – should one of them have a bad game. Also, Dhoni can then come up to six and Jadeja can bat at seven – a strategy adopted during the Nagpur Test against England.

Raina’s fantastic outing in the Irani Trophy didn’t bear fruit and perhaps questions remain over his technique against the short ball. A fantastic talent like him is suffering because of that one fatal flaw. If he can correct it and return, Test cricket would watch him in full flow. The race for the No 6 spot may also have its implications on the spin department. Ashwin’s form has dropped and Harbhajan’s past record against Australia may tempt a switch. Ojha should get in as his left-armers can provide variety to the attack. The wicket would also determine which of the three would play and if Jadeja also merits a place. Piyush Chawla, who did well at Nagpur against England, might feel a little hard done by as he isn’t in the side.

It was surprising that the selectors did not recall a fit again Shanthakumaran Sreesanth. India are now going to field a very young pace-attack, led by Ishant Sharma. Bhuvneshwar Kumar’s swing bowling has helped him into the side, while Dinda has also been given the green signal. Thus, India would have debutant fast bowler in this crucial series to partner Ishant, who has been a bit of an enigma. Sreesanth could have merited a call-up in this scenario.

Sehwag, Pujara, Tendulkar, Kohli and Dhoni are the real certainties in the line-up and there would be a lot of focus on the other spots.

This is a very important series for Tendulkar as he gears up for the Australian challenge. This should be the last time he faces Australia in India and an encore of those memorable battles is what a nation prays for.
There is an interesting setting at large – with several intriguing sub-plots to the script.