Australia will be looking to gain an invincible 3-0 in the five-match One-Day International series by winning the third match at MCG.

India and Australia face off in the third game of the five-match One-Day International (ODI) series at Melbourne on Sunday. Australia will head to the iconic Melbourne Cricket Ground (MCG) to attain an unassailable 3-0 lead with only two matches to be played after this. Australia having chased 300-plus runs with absolute ease in the first and second ODI at Perth and Brisbane, will look keep the momentum going as their batsmen mostly the top four have been in impeccable form. Vishal Mehra predicts the eleven players that the Australian team are likely to pick for the upcoming match. FULL CRICKET SCORECARD: India vs Australia 2015-16, 3rd ODI at MCG

Top Order: – Aaron Finch and Shaun Marsh are much likely to stay put as openers, having given good performance in the second ODI with scores of 71 each. Shaun has nicely taken the role of an opener in the absence of David Warner, who has taken time off to witness the birth of his new born child. Warner will join the team for the fourth and fifth ODI. With a hundred and near miss half century skipper Steven Smith’s position at No. 3 is not to be questioned even in the gravest of circumstances. READ: Australia’s wins against India hold extra significance due to inexperience in side

Middle Order: –  The new stance has worked brilliantly for George Bailey who has so far accumulated 188 runs with a 112 (Perth) and unbeaten 76*(Brisbane). Bailey has been one of the pillars in the current Australian squad, and going forward will only hold good for them keeping in mind the ICC World T20 coming up in March. Glenn Maxwell who got out cheaply in the first ODI managed making up for it in the second match, making a more than run-a-ball 26 to guide his team to a comfortable victory. Mitchell Marsh who was strangely rested for the match at Brisbane could get a place in with playing XI, due to the fact the his bowling can come in handy as most of the inexperienced bowlers for Australia have been thrashed all around the park. His batting can also provide the late hitting emphasis which is required in such high scoring games. READ: India’s failure to capitalise in death overs reason for loss against Australia in 2nd ODI

Lower Order: – Matthew Wade who hasn’t had any chance of showing his skills with the bat will retain his place in the team as an agile wicket-keeper, which he has shown quite a few times in the series. James Faulkner, who is now developing into a death over specialist for Australia will be keen to keep up with his impressive show at Brisbane, where he picked Ajinkya Rahane and Manish Pandey who were looking aggressive. His prowess with the bat has been seen by all in earlier matches these two teams played.

Bowling: –  Australia’s pace battery will consist of the John Hastings, Scott Boland and Joel Paris. Hastings who came in for Josh Hazlewood, has retained his place in the squad after Australian selectors decided to rest Hazlewood for the remaining two ODIs and the three-match Twenty20 International (T20I) series following the ODIs. Joel Paris who bowled with good line and length will lead the new ball attack for the team, remained one of the rare bowlers to have an economy of just 5 from both the teams combined.  Scott Boland will complete the attack for Australia. He showed good skills in the middle overs managing to control the flow of runs. Boland to his credit picked up the wicket of Indian skipper MS Dhoni. 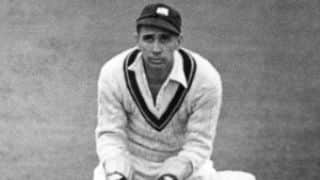 Why India-Australia bilateral limited-overs cricket is not exciting anymore