His place in India’s batting order often under criticism with dwindling returns of the last two years, MS Dhoni was on Friday named Man of the Series for three consecutive half-centuries in a famous 2-1 ODI series win over Australia.

Chasing 231, India accomplished their target with four deliveries left in the game with Dhoni dropped first ball by Glenn Maxwell at point scoring an unbeaten 87 from 114 balls, this time from the No 4 spot. Australia found a big moment when Virat Kohli departed for 46, but that was the last success Australia found as Dhoni and Kedar Jadhav put on 121. (ALSO READ: I’m happy to bat at any number: MS Dhoni)

The next best is Kohli with a batting average of 97.98 from 81 successful ODI chases, in which he has batted 78 times. No other Indian batsman has an average higher than 66.60. 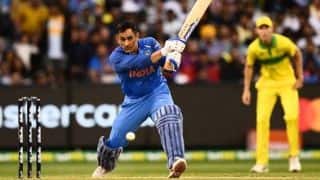 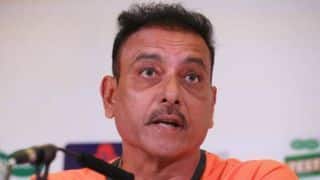