Quotes: We are not going to stop here: Virat Kohli

Quotes: Hopefully I will keep getting better: Jasprit Bumrah

Quotes: Pujara has been flexible in altering his game plan: Kohli

Quotes: Our first-class cricket is amazing which is why we won: Kohli’s subtle response to O’Keeffe

Reactions: Our bowlers are just not good enough: Shane Warne

Analysis: Best and worst from Day 4 of Melbourne Test

Comment: Matthew Wade next in line for Tests but it won t happen at the SCG: Ricky Ponting

Controversy: Kerry O Keefe at it again: Why would you call your kid Cheteshwar Jadeja

Quotes: We lost a few more wickets that we wanted to: Jasprit Bumrah

Analysis: The best and worst from day three at the MCG

News: I’ll work my a*** off in the nets to make a comeback: Handscomb

News: ACA expresses concerns over use of stump mics

Quotes: MCG wicket is deteriorating more than we thought it would: Aaron Finch

Day two: As it happened

Stats: Kohli surpasses Dravid for Indian with most runs in a calendar year in overseas Tests

Analysis: Best and worst from day two of Melbourne Test

VIDEO: If Rohit hits a six here, I am changing to Mumbai: Paine sledges at the MCG

Narula: India ahead or match in balance?

Report: Agarwal and Pujara set agenda for India s dominance at the MCG

Quotes: Would have liked to stay on till end of the day: Mayank Agarwal

News: Mitchell Marsh booed on day one of the Boxing Day Test match

News: Lap of honour for Ricky Ponting as part of ICC Hall of Fame induction

Kaushik: With Mayank Agarwal primed for big stage, the time for change is now

Video: I will definitely score a 100 or 200 Ajinkya Rahane

Quotes: Even if Ravindra Jadeja is 80 percent fit, he will play the 3rd Test: Ravi Shastri

Quotes: Pressure is on both teams heading into Boxing Day Test: Mitchell Starc 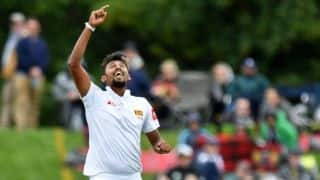 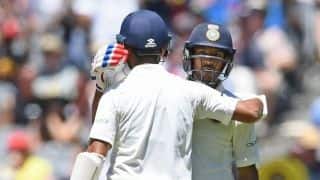