The best and the worst from day two of the third Test between Australia and India at the Melbourne Cricket Ground.

The best and the worst from day two of the third Test between Australia and India at the Melbourne Cricket Ground.

India scored plenty of boundaries, but none topped the straight drive played by the Indian captain in the first innings. In the 107th over of the innings, Josh Hazlewood bowled one full to Kohli which the batsman obliged. Bringing back memories of the great Sachin Tendulkar, Kohli laid into the delivery with a picture-perfect straight drive of his own. It was creamed so delightfully that to match the stroke with the way Tendulkar played it was unavoidable. And as expected, the broadcasters came up with a comparison, showing the two batsmen playing it on a split screen.

Not the greatest of deliveries by any means, but extremely crucial and timely in the context of the match. Everytime Pat Cummins came on to bowl on Thursday, he had the batsmen in trouble, with numerous balls flying past the outside edge but none resulting in a wicket. Cummins was eventually rewarded for his relentless approach, when he was able to sneak one past Cheteshwar Pujara. It was a delivery that stayed extremely low nothing that the batsman could have done which moved just about enough to clip the off stump. With the way Pujara was batting, having reached his 17th Test century, that was probably the only way to get him out.

Banter of the day

As India frustrated Australia, the chirpings began. Not surprisingly, it was Australia captain Tim Paine, who was involved in a chat with Rohit Sharma. India had just lost their two set batsmen in Pujara and Virat Kohli in a space of 6 runs with the score at 299. With rebuilding to be done, Rohit and Ajinkya Rahane were biding their time when Paine called a fielder inside the circle and invited the batsmen to play a big shot. Talking to one of the close-in fielders, Paine said: “If Rohit hits a six here I’m changing to Mumbai.” But Rohit, captain of IPL franchise Mumbai Indians, was happy to pass the proposal.

Drop of the day

This one is as easy as they come. During this innings, Nathan Lyon went longest without a picking up a wicket. And although he did eventually get one in his 40th over, he could have had his man earlier had it not been for a missed opportunity from Peter Siddle. It was the 147th over, during which Siddle dropped a sitter and denied Lyon, what could have been, his first wicket of the match. Lovely, nice dip and Rohit top-edged a sweep straight to the short fine-leg. But Siddle, the substitute for Cummins, makes an absolute mess of it. It was plain agony. Lyon can t believe it, the anguish on his face told the story. This wasn’t the only slip up from Australia on the field. A few overs later, Cummins dropped another simple chance at long on, also off Lyon.

It wasn’t a great couple of deliveries for the Aussies…

Cheteshwar Pujara scored 106 off 319 deliveries. In a stat produced by renowned statistician Mohandas Menon, he has highlighting just how much Pujara loves to spend time at the crease. Pujara has become the only batsman since January 2017 to face 4000 balls in Test cricket. This series itself, he has faced 882 deliveries, whereas he faced some 1000-odd balls during the 2017 Border-Gavaskar Trophy held in India. In his last 40 Test innings, Pujara has faced 4633 deliveries, facing an average of 116 balls per innings. 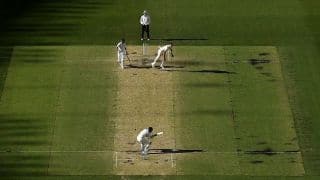 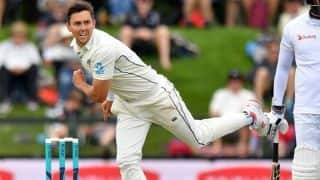