If India win at Bengaluru, it will be the first instance of hosts leading Australia 4-0 in a bilateral series.

68.42% India s win-loss record at M. Chinnaswamy Stadium, Bengaluru. On the other hand, Australia have 3 victories from 8 games at this venue.

5,068 days since Australia last won an ODI against India at Chinnaswamy.

383 for 6 highest team total at Chinnaswamy, by India. It came against Australia, which was also their last encounter at this venue (November 2, 2013).

5/31 best figures at the ground, by Yuvraj Singh, against Ireland in the 2011 World Cup.

183 highest opening partnership at the ground, between Shane Watson and Brad Haddin.

167 India s most successful stand at this venue. It came for the fifth wicket, between Rohit and MS Dhoni (2013).

2 wickets needed by Umesh Yadav to reach 100 wickets. He will become the 18th Indian to reach there. If he takes 3, he will also surpass Sourav Ganguly (100).

62 runs required by Rohit and Kohli between them to go past the 3,103 runs Dhoni and Yuvraj had added between them. If they reach there, Kohli and Rohit will become India s 7th-most prolific pair.

4 wickets needed by James Faulkner to reach 100 wickets. He will become the 19th Australian to achieve this feat.

100th ODI for Warner. He will become the 27th Australian to feature in 100 ODIs.

1 win needed for Kohli to become the first Indian skipper with 10 consecutive victories. He is currently tied with Dhoni (9). Kohli s previous best was 8.

0 instances of India leading Australia 4-0 in a bilateral series. They can achieve that if they win in Bengaluru. 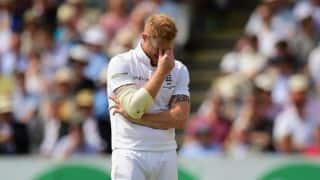 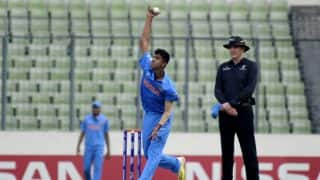