Eleven players from the current Indian Test squad played in the previous tour of Australia in 2014-15, with only three – Virat Kohli, Murali Vijay and Ajinkya Rahane – making some substantial impact in that series.

India lost the first two Tests at Adelaide and Brisbane by 48 runs and four wickets, respectively, but held onto draws in the next two, at Melbourne and Sydney.

ALSO READ: Only the present can prevent Kohli s India from making history

Here s a look at how the 11 performed four years back in Australia:

Kohli matched Steven Smith, the highest run-scorer in the series with 769 runs, stroke for stroke hitting four centuries and a fifty in the series. He was the stand-in captain and the took on the role full time and almost helped India over the line in Adelaide with a gritty 141 off 175 balls. It was only in Brisbane that Kohli failed with the bat, scoring 19 and 1 before bouncing back with 169 and 54 in Melbourne and 147 and 46 in Sydney.

The rock of the Indian middle order, Pujara was dropped for the final Test owing to his poor form in the series, often undone by the pace battery. The Saurashtra batsman started well with 73 at Adelaide, but failed to go past the 50-run mark in five subsequent innings.

After good performances in South Africa, New Zealand and England, Rahane came to fore in Australia and played a pivotal role in the middle order alongside Kohli. His 38* helped India draw at the SCG while his fluent 147 off just 171 balls including 21 boundaries at the MCG was a thing of beauty.

Debuting in the series, it was a baptism with fire for the Karnataka batsman who was slotted in at No.6 in the third Test. At a time when the need of the hour was to play out the tough passage of play and hang in there with Kohli, Rahul took the flamboyant approach and perished for 3. In the second innings, he was bumped up the order and was undone by Mitchell Johnson s pace to go for 1. However, he redeemed himself with a patient 110 in the fourth Test, after Shikhar Dhawan was dropped.

After a good series in England, Vijay managed his second straight 400-plus runs series and set the template for how to counter the Australian quicks. He showed patience early in his innings and scored heavily against the spinners. He started the series with 53 and 99 in Adelaide and followed it up with 144 and 27 in Brisbane. Two more fifties followed in his next four innings.

Rohit started the series batting at No.6 and while he got starts in the first innings of the first two Test matches, he failed to convert those starts and perished playing rash shots. In the second innings of the first two Tests, Rohit totalled just six runs. After being dropped for the third Test, he was prompted to bat at No.3 in the fourth and again, he got starts before falling. He made 53 and 39 in Sydney.

Ashwin was the best bowler on show for India claiming 12 wickets, even though they came at an average of 48.66, but was the only Indian bowler to threaten the Australian batting lineup. He did his best with the bat as well finishing with over 100 runs in the series including a 50 in the final Test, helping India to a draw.

Even though Shami returned the most wickets for India, he was shoddy throughout and bowled good only in patches. He was dropped for the Brisbane Test but returned for the third and claimed a five-wicket haul in the fourth Test – the only Indian bowler to do so on the tour.

Ishant was the best pacer for India and was unlucky to return with just nine wickets for his efforts. He bowled with the best economy rate for a frontline Indian bowler, giving away runs at 3.21 runs per over in the series. He missed the final Test due to injury.

Umesh s 118.3 overs in the series yielded 548 runs – that s an economy of 4.62 in the series, that too in Tests. Similar to Shami, wayward line was the biggest problem for Umesh. Even as he managed to extract bounce from the Australian tracks, he failed to sustain the pressure with too many loose deliveries.

Ankle injury ruled Bhuvneshwar out of the first three Tests and it was big blow for India. Bhuvneshwar had a stellar series in England was one of the key players for India ahead of the series. By the time he got a game in the fourth Test, without gaining full fitness, India had conceded the series. In the final Test, Bhuvneshwar conceded 122 runs in his 34 overs, before picking one wicket in the second. He batted well though to earn India a draw. 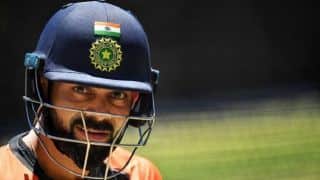 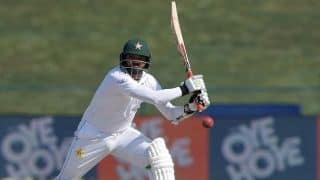