India, till now has played an unchanged squad in all the matches and therefore no changes can be expected in the lineup when they face Australia.

India is set to play Australia on Sunday, in what is being seen as a virtual quarter-final match in the T20 World Cup 2016. The match will be played at the Punjab Cricket Association Stadium in Mohali and the winner of the match will get an assured ticket in the semi-finals of the T20 World Cup. India are coming into the match after winning against Bangladesh by 1-run in an absolute thriller of a game at Bengaluru. They lost their first game of the Super-10 stage to New Zealand but have bounced back into the tournament by getting two wins out of two. Australia on the other hand, too lost their first game to the Kiwis but eventually bagged two critical wins against Bangladesh and Pakistan, to keep their hopes in the tournament alive. FULL CRICKET SCORECARD: India vs Australia, Match 31, ICC World T20 2016 at Mohali

India will surely walk out as favorites when they face Australia but their not so convincing results in the last few matches mean that the match is promised to offer great excitement, high voltage and drama as both sides will walk on the field as equal. India, till now has played an unchanged squad in all the matches and therefore no changes can be expected in the lineup when they face Australia. Here is a  look at the possible playing XI for Match No.31:

Top Order: With a magnificent season behind them, India’s openers would have liked to keep their scoring form going when the T20 World Cup is played in India. Both Shikhar Dhawan and Rohit Sharma who had plenty of runs in the T20 series in Australia to back them have struggled to get runs from their bat. Although the pitches have been on the slower side and conditions have favored the spin bowlers more, both of them haven’t looked at their best. A poor short or an unnecessary one sometimes, has often resulted in India’s best batsman Virat Kohli to come at the crease much earlier than what he would like.

Kohli though has taken up the responsibility with both hands and has shown again why he loves batting on Indian conditions. Against Australia, the top-order will have a huge task on their hand as they have played them the most in the series in Australia and know their weaknesses. India’s top-3 like playing against Australia and would love to bring their A-game when they face them.

Middle Order: India’s middle order has done well occasionally. At times they have collapsed like a pack of cards and at times, one or two of them have hung in there. Suresh Raina was not among the runs before the match against Bangladesh, but played a valuable knock of 30 runs in a low scoring match. He middled a few and that must have given him some confidence which was much needed before the match against Australia. His contribution with the ball has also been invaluable for India. Yuvraj Singh has not fully found his touch but can hang in there if needed. Australia though, cannot underestimate his slogging abilities.

MS Dhoni has done the finishing role pretty well until now and that has now started to show when India bowls too. He has been stunning with the work behind the stumps. His captaincy has been splendid too. Hardik Pandya meanwhile, was promoted up the order to slog some out of the park against Bangladesh but against Australia it would depend on the situation and need of the hour. He bowled the last over in that game and turned out to be lucky as India won by a run after Bangladesh had just 2 needed off 3. Nonetheless, he is doing the 5th bowler job for Dhoni pretty well.

Lower Order: India’s lower-order has done superbly well with the ball so far in the tournament and will look to continue doing so against a strong Australian batting lineup. Ravindra Jadeja has been quite accurate with his line as always. His efforts might not have come out much after India’s nail biting win but he was instrumental in creating that win, both, while bowling and fielding. Ravichandran Ashwin has been by far one of the best bowlers in the tournament. He has been impressive with his economy as well as with the number of wickets that he has grabbed. Dhoni has used Ashwin intelligently and Ashwin as always has stepped up to the need. Jasprit Bumrah, India’s yorker specialist fast bowler has been exceptional with his yorkers. He has often made batsman dig the ball out of the block-hole and against Bangladesh his 19th over brought India right back into the game.

That over of his just gave Pandya more runs to defend with and what happened eventually was history. Ashish Nehra finally, came to the rescue for team India when it mattered the most. Not only his figures of 1-29 in 4 overs but also the long chats he had with Pandya and Dhoni in the last over made a lot of difference. He chipped in with the most important thing that he has brought with himself in the team. His experience.

Well, from what we have seen since the last few months, Dhoni doesn’t like to maneuver with his playing eleven too much. He will therefore come out with the same side against Australia and trust his players to play some good cricket and reach the semi-finals of the WT20 2016. 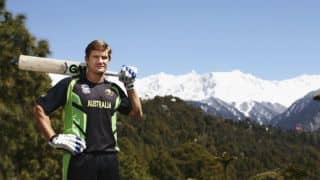 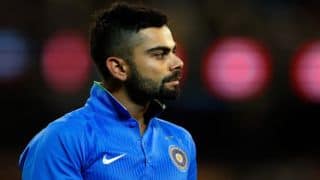