5 whitewashes for Australia Women against India Women till date. In all there have been 7 bilateral series and Australia have won every single one.

97 runs was the winning margin for Australia Women today, their 2nd-most against India Women on Indian soil. Their biggest remains that massive 221-run win at Mumbai in 2011-12, when they had piled up 300/7 and bowled out India for 79.

5 whitewashes for Australia Women against India Women till date. In all there have been 7 bilateral series and Australia have won every single one.

133 for Alyssa Healy, the 3rd-highest by a wicketkeeper in a Women s ODI. Only Rachel Priest (157) and Sarah Taylor (147) have made bigger scores. In fact, Healy scored the 1st ODI hundred by an Australian wicketkeeper. Her own 71 was the previous best for them.

128 (by Meg Lanning, in 2012) was previous best by an Australian woman against India. Healy went past that as well.

35 for Ashleigh Gardner, her highest in ODIs, in her 15th match. Her previous best was 27 against England Women at Brisbane in October.

17 and 1/34 for Nicola Carey, her highest score and best bowling figures in ODIs, in her 3rd match. Her previous best were 16 and 1/44, in her previous match.

42 for Jemimah Rodrigues, her highest in ODIs, in her 2nd match. She had scored 1 on debut.

101 added by Smriti Mandhana and Rodrigues, the 2nd-highest opening-wicket stand for India Women against Australia. The record remains 103, between Gargi Banerji and Sandhya Agarwal at Madras in 1983-84. 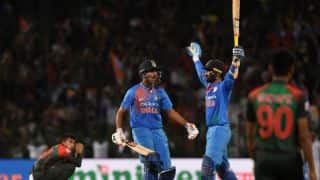 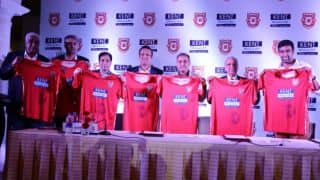