An exclusive snapshots from various Facebook walls after India's win in first ODI.

In the midst of football fever, thanks to the ongoing FIFA World Cup 2014, it was a rather lukewarm affair that transpired during the first One-Day International (ODI) of the India versus Bangladesh series.

With India fielding a totally rejigged side against the hosts and having had to chase a total of 272, under the captaincy of Suresh Raina, the match, in spite of having been interrupted by rain and later, having been reduced to a 26-over event, was still followed by a few cricket enthusiasts, who took to Facebook to voice their sentiments. 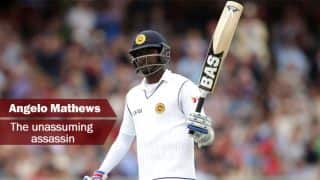 Mushfiqur Rahim and Angelo Mathews: Players who revel in captaincy