Bangladesh are currently going extremely strong, while India aim to avoid a whitewash.

Bangladesh have taken an unassailable 2-0 lead against India following a six-wicket victory in the second game of the three-match One-Day International (ODI) series. They face the visitors in the final ODI in Dhaka on Wednesday, with the prospect of a clean sweep on their minds. Ayush Gupta predicts the teams that the two sides are likely to field.

Top Order: Despite a shaky start by the unit in the previous game, India skipper MS Dhoni is most likely to stick to the same combination. However, a change in the regular combination could be possible if he decides to bring in Ajinkya Rahane in place of Rohit Sharma as an opener, and either drop Rohit down the order or of the match. Virat Kohli would not have any competition for the No. 3 slot.

The opening pair of Tamim Iqbal and Soumya Sarkar have delivered brilliantly for their team so far and skipper Mashrafe Morataza is highly unlikely to fiddle with it. Same goes for Litton Das at No. 3. READ: Suresh Raina and Ravichandran Ashwin come out in support of MS Dhoni

Middle Order: With Dhoni surprisingly promoting himself up the order and coming to bat at number four might have surprised quite a few, but it turned into a relief when he was scoring runs freely and scored a healthy 47. Even in the post-match press-conference, he said that he would love to bat up the order, which means that Dhoni most likely is going to stick to the number four spot, followed by anyone between Ajinkya Rahane and Ambati Rayudu, both of whom have failed to get runs so far. READ: MS Dhoni should continue till 2016 ICC World T20: Chetan Chauhan

Suresh Raina will follow at No. 6, though there are chances of him getting promoted. Now, there is the tough task of choosing between Ravindra Jadeja and Stuart Binny. If Dhoni decides to move in with an extra spin attack, Jadeja is perfect. However, if pace is his primary concern, Binny is the choice. Bangladesh, on the other hand, had a useful outing with their middle order in the previous game with the likes of Mushfiqur Rahim, Shakib Al Hasan, Sabbir Rahman and Nasir Hossaain, all of whom are likely to maintain their places in the team.

Bowling Attack: The Indian bowling attack will have two faces for sure — that of Ravichandran Ashwin and Bhuvneshwar Kumar.  However, deciding on the other two would be a tough call for Dhoni. If he decides to make his attack pace-heavy, he would have to pick a pair between Dhawal Kulkarni/Umesh Yadav/Mohit Sharma. However, if spin is his concern, Akshar Patel makes the cut along with either of Kulkarni, Umesh or Mohit. READ: Ravichandran Ashwin: We will try and avoid a ‘Banglawash’

Bangladesh’s bowling attack has been a massive nightmare for the Indian batsmen as they have undoubtedly terrorized the Indian batsmen in both the ODIs so far. With the likes of skipper, Mortaza, Rubel Hossain, Taskin Ahmed and Mustafizur Rahman, India have had a tough time at the crease facing them in a proper manner and getting the better of them. With an aim to whitewash India properly, Mortaza is most likely to stick with the same bowling attack and try not to fiddle in order to achieve the historic landmark. READ: Should we kidnap Mustafizur, asks Ashwin 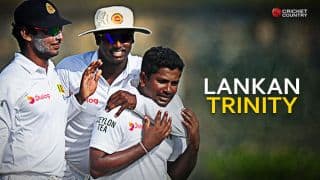