India registered their sixth consecutive Test series win with a 208-run thrashing of Bangladesh in the one-off Test at Hyderabad, on Monday.

The unstoppable Indian juggernaut continued with a 208-run victory over Bangladesh at Hyderabad, a venue which played hosts to Virat Kohli s world record fourth double century, Ravichandran Ashwin s 250th Test wicket and Mushfiqur Rahim s 3,000th Test run. There were more records as India became the first-ever team to score more than 600 runs for three consecutive Tests, declaring their innings on both occasions. Bangladesh fought hard, but at the end, they suffered a big defeat. However, the visitors can take a lot of pride in their performance as they batted for more than 100 overs in both innings, and earned rich experience of playing Test cricket in India. Let us take a look at the highlights of the first-ever India versus Bangladesh Test played in India

Virat Kohli s world record double century: Arguably the world s best batsman across formats, Kohli continued to play cricket the way he wants to, irrespective of the opposition. He likes batting more than anything else, which was evident when he sauntered to his world record fourth double century in as many series. No batsman ever has scored more than three centuries in as many Test series, but Kohli produced yet another serious impression of himself by surpassing the likes of Sir Donald Bradman and Rahul Dravid to enter a different orbit altogether, a place wherein he may not have company for many, many years. Full Cricket Scorecard: India vs Bangladesh, one-off Test at Hyderabad

Wriddhiman Saha s 106 not out: Saha returned to the Test side on the bank of a splendid double century in the Irani Cup final, and continued to make runs to edge ahead of Parthiv Patel. Saha scored his second Test century and sounded alarms for Australia, who are set to begin their India tour soon for a four-match Test series. He began with a lifeline provided by his peer behind the wickets, Mushfiqur Rahim, but got himself together to take his innings ahead. Saha got to his century with a six, which was certainly a sign of how well assured he is of his place in the Indian Test side.

Controversial decision: Perhaps the Hyderabad Test would have ended earlier if Mushfiqur was adjudged run out when he was batting on 18 on Day Three. The batsman had brought out a desperate dive after responding to a call late from Shakib Al Hasan, and repeated television replays showed that the shoulder of his bat held upright in his hand was on the line. It was not possible to zoom any further, and the third umpire Chris Gaffaney was not 100 per cent sure over the decision. Mushfiqur and Bangladesh got a crucial lifeline, and the captain of the visiting side went on to make most of it. He added 107 runs with Shakib, and was also involved in an 87-run stand with Mehedi Hasan. India s unbeaten streak under Virat Kohli and other statistical highlights from Bangladesh Test

Bangladesh s resistance: The visitors were not expected to win; not because they are inferior to the hosts but India have been unstoppable this season. But Bangladesh made most of the opportunity of playing Test cricket in India. On a docile wicket that refused to bow to the demand of the spinners, Bangladesh batted for more than 100 overs in each of their innings. A glance at the scorecard of the second innings will tell that barring Tamim Iqbal, all Bangladeshi cricketers spent time in the middle facing the spin might of Ashwin and Jadeja, as well as some quality seam bowling, which is a rarity in the Indian subcontinent.

Ravichandran Ashwin s world record: The ace cricketer continued being a master; he did not run through Bangladesh as expected earlier but was among plenty of wickets. In the first innings, Ashwin claimed two wickets and he grabbed four crucial scalps to put an end to the contest. His two wickets in the first innings were all that Ashwin needed to become the fastest bowler in the history of Test cricket to take 250 wickets. Ashwin bowled his leg-spinners more in this Test, trying out something different, which is another proof that the pitch remained good for batting throughout the contest.

Mehedi Hasan s progress: The 19-year-old all-rounder showed his mettle, but only with the bat. He claimed a forgettable 2 for 165 in the first innings and did not take any wickets in the second, but Mehedi impressed with his skills with the bat. He teamed up with Mushfiqur in the second session on Day Three to take Bangladesh ahead, and did not let India break their stand in the final session with resolute batting. Even in the second innings, when he did not have enough partners, Mehedi continued to bat adroitly. Mehedi scored his maiden half-century in the first innings and in the next, he batted long enough to make Bangladesh pin their hopes on him as well in future. 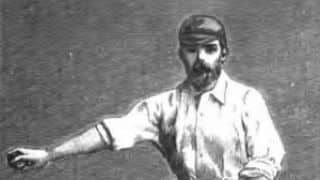 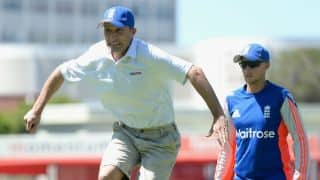