For India, a strong reply is not the only need of the hour; it is important to match England man-to-man.

With their pride having taken several blows in the past against England, the Virat Kohli-led Indian cricket team was supposed to make a flying start in their five-Test series. Unfortunately for the hosts, a horrible beginning at Rajkot spoiled their party, and landed them in a precarious position. For majority of the first two days, the world No. 1 ranked team played cricket no different than a school team, spilling innumerable catches and remaining embarrassingly sloppy on the field. The wicket remained challenging for the bowlers, but none barring Mohammed Shami to an extent could create any impact. The three Indian specialist spinners did not live up to the hype, and England registered a moral victory of sorts by making Ravichandran Ashwin bowl as many as 31 overs, milking him for 167 runs and mere 2 wickets. Live Cricket Scorecard: India vs England 1st Test at Rajkot

However, as the day ended, the Indians were able to restore some pride and confidence back in the camp by getting off to a strong start. With another 274 runs left to avoid follow-on, India will have to make sure that they continue to bat similarly as they did in the final session on Day Two. England used all their specialist five bowlers in the 23 overs of the last session, but unscathed, India ended the day on a high reaching 63 for no loss, trailing by another 474 runs.

While the wicket at the Saurashtra Cricket Association Stadium in Rajkot remains good for batting, there are cracks which are likely to have some impact going ahead in to the game. With India set to bat fourth, it becomes pertinent to produce a strong show on Day Three and shut England s plans of making India bat twice. With 537 runs on the board, England will want to make India bat twice, but if the hosts are able to knock off the advantage tourists have taken, they will be able to make a comparatively stronger statement.

When England arrived in India on a back of an ordinary Test series in Bangladesh, the tourists were expected to continue being fallible against spin. But at Rajkot, the toss went in their favour, and England enjoyed piling up runs on a wicket that did not favour Indian spinners for two straight days. England were also aided by the hosts generosity of being pathetic on the field, as far too many chances were missed which helped the touring side push their total beyond 500.

Having lost a lot of ground, India certainly have their backs on the wall. A batting collapse will put them on the brink of losing the opening Test, but going by the way Indian openers approached their innings and remained unbeaten till the end of the second day, a strong batting show can be expected from the hosts on the third day.

For India, a strong reply is not the only need of the hour; it is important to match England man-to-man. England are perhaps the only team in Test circuit who have quality batsmen right till the end, but India s success in the last one year has also been constructed on some resilience shown by the tail which has wagged more than needed. In Wriddhiman Saha, Ravichandran Ashwin, Mohammed Shami, and even Umesh Yadav who was impressive with his batting skills in the last ODI series against New Zealand India have a strong tail which can match England and return the favour. Even Amit Mishra can play a few big strokes.

The second session of the second day saw both the teams playing poor cricket. With every passing hour, India s hopes of bowling England out were diminishing. Despite India requiring four more wickets to end England s resistance, they kept bowling short and wide. On their part, England frustrated India even more with their lower-order batsmen blocking the good ones and punishing the bad. The frustration on the faces of Indian cricketers was visible as they kept toiling under the scorching sun, and England ensued that the sapless hosts spend as much time on the field as possible.

But no sign of fatigue was seen in the 23 overs that Gambhir and Vijay faced. For ages, teams batting first have tried taking out 2 or 3 wickets off the opposition late in the second day after batting first since the first day morning. Losing early wickets late on Day Two, after being on the field chasing leather for majority of the days is not a new thing. But Gambhir and Vijay did not allow India to suffer the same, and instead, their positive intent showed that England s massive total did not have a major impact on the Indian mindset.

For the top ranked team in Test cricket, it is imperative to make a strong reply which thwarts away the challenges that one-time-contender England have shown. Not long ago, England too had the chance to become world No. 1 in Test cricket, but India and Pakistan have been better sides with impressive away records. Being the incumbent, it is important for India to keep their noses ahead, and getting close to 500 should be the priority when the team takes field on the third day of the Test.

Like India, England will also face difficulties extracting turn from the wicket which has remained benign so far. The odd ball has certainly turned more than expected and has bounced more, but the presence of grass on the wicket has proved detrimental to spin. Indeed, there has been some swing, and India will have to be wary of the three quality seamers in Stuart Broad, Chris Woakes and Ben Stokes.

It goes without saying that the stage is set for the famed Indian batting line-up to fire and set the tone for themselves for the remainder of the series. Virat Kohli, who has had a poor run against England so far in a career nearing 50 Tests, will be expected to lead from the front. Cheteshwar Pujara, who scored a double century the last time England toured India, will be expected to bat as long as he can. And it also goes without saying that a counter-attacking innings will be required from Ajinkya Rahane. 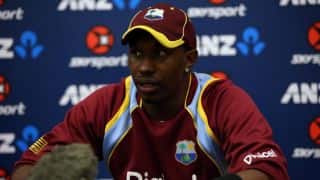