Perhaps India will be figuring out how to leave out Dhawan, who has a hundred in his last Test appearance, or perhaps it will be about leaving out Pujara.

Ravi Shastri has never been one to mince words. At Chelmsford, as India played their three-day tour game against Essex, he spoke about how this team will never complain about overseas match conditions . The reasoning was simple if you want to win overseas, win in conditions that are laid out for you.

The problem begins when words and actions don t match. As India are looking forward to a tough five-Test series against England, the mind wanders back to their previous overseas tour to South Africa. That series ended 2-1 in the Proteas favour, yet the Indian team finished on a high.

Why? In the third Test in Johannesburg, on a raging green top, Virat Kohli and his men played handsome cricket to overcome conditions and opposition both. How did they manage to do that? By picking an optimal team for the playing conditions on offer.

READ: Not in frame of mind to prove myself in any country: Virat Kohli

Meanwhile, the first two Tests were embroiled in selection drama. A batsman of the calibre of Ajinkya Rahane was benched for an in-form Rohit Sharma, and India s batting order unravelled at both Cape Town and Centurion. There was chatter about best eleven , and picking the eleven on form rather than whims and fancies of those sitting and watching outside the boundary ropes. Fair enough!

The question to ask here is if India can afford to make the same mistakes again in England?

Ironically, it is taking a different shape this time around. KL Rahul, the man-in-form across formats, is pushing for a place in the eleven on the sheer weight of his runs. Starting from the 2018 IPL season, to scoring runs across the limited-overs leg in Ireland and England (never mind that odd duck at Lord s), and to scoring again in the tour game against Essex, he has done enough to argue and rest his case in front of the team management.

Unlike Rohit s swap for Rahane, this isn t straightforward. The options against Rahul s inclusion though are two-fold. Shikhar Dhawan returned a pair at Essex, facing only four balls in two innings, while Cheteshwar Pujara has endured a poor summer of red ball cricket. On Tuesday, less than 24 hours before the first ball is bowled in this series, the trio batted together in the nets under the watchful eyes of coach Shastri.

It was a telling setting only two of these three will make the cut on Wednesday. And there is only one optimal batting order for the captain and coach to figure out.

Dhawan is an opener. Pujara is a number three batsman. Rahul, as per Shastri, has been classified as a third-choice opener who can bat anywhere in the line-up. It could be seen in the manner Rahul was sent out in the middle in the first innings against Essex, and then asked to open in the second. Flexibility is the watchword in the Indian camp.

Yet, this is the same reasoning why India haven t done well enough in their previous overseas cycles. Across 11 Tests in South Africa, New Zealand, England and Australia, Dhawan averages a mere 27.81. Take out his runs scored against the Kiwis in 2014, and it plummets further to 22.05 in nine Tests without a hundred and only a single half-century to show for.

Dhawan was dropped from India s Test plans during the 2016-17 home season, and the fact that he is still complicating the situation is nearly miraculous. In every overseas contest against South Africa, England and Australia, wherein there were three or more Tests, he has been dropped midway through the series. In January, he was dropped after the first Test because repeatedly he tried to take on fast bowlers bouncers on a speedy wicket at Cape Town. Bravado can only take you far enough!

It could have been a straight swap, but for the Pujara complication. In six county appearances for Yorkshire, he has managed only 172 runs without a single half-century. Scores of 35 against Afghanistan, 1 and 23 against Essex didn t help his case either. On his day, he can drop anchor or score freely, but this is England. Pujara struggled here in 2014 as well with 222 runs in five Tests.

In an ideal world, Rahul slots in as opener with Pujara at No 3, and this combination would be given a fair go for three Tests. On the first Test s eve though, Kohli talked about gut feeling and round-table discussions .

Perhaps they will be figuring out how to leave out Dhawan, who has a hundred in his last Test appearance. Or, perhaps it will be about leaving out Pujara. The right answer lies somewhere in that intersection, of course! 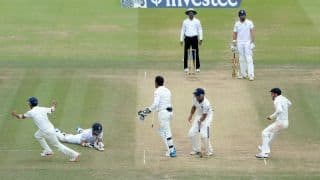 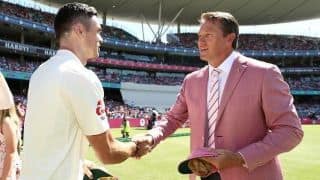