India lost by 266 runs to England in the third Test at the Ages Bowl.

Line-up: MS Dhoni’s naysayers have often accused the Indian captain for sticking by his tried and tested brigade. In the past, he was slammed for sticking by Suresh Raina despite a poor run of scores. Dhoni also faced the wrath for persisting with Ravindra Jadeja, before the slow left-arm orthodox proved himself as a match winner. Despite a steely batting display in the first Test at Trent Bridge, Roger Binny was hardly tried out with the ball. He subsequently went on to lose his place in the side, and all looked rosy when India won the second Test at Lord’s. Here, Ravichandran Ashwin was yet again overlooked. Despite coming into the Test match with a lead in the series, India went in with an extra batsman in Rohit Sharma.

Catching: We would have well been singing a different tune now had Jadeja hung on to a straightforward chance from Alastair Cook at second slip. The English captain’s run of low scores would have continued and Pankaj Singh would have had a dream start to his career. What transpired was indeed cruel on Pankaj, who after waiting in the wings for an eternity got battered by the resurgent English batsmen. Shikhar Dhawan was also culpable related to a couple of regulation catches being dropped, and Dhoni missed an absolute lollypop of a stumping chance.

Body Language and field placements: While Cook, Ian Bell and Jos  Buttler gorged on the multiple lives they got, shades of India’s overseas woes in 2011 and 2012 looked like would haunt the visitors again. Defensive field placements, pedestrian bowling and drooping shoulders wore a bad colour on a team coming into the Test riding on a high. Yet again, a Dhoni team capitulated away from home after the opponents got to a massive first innings score.

Concentration lapses: India’s batting mainstays; Cheteshwar Pujara and Virat Kohli will bear a major brunt of batsmen failing to capitalise on starts. After solid starts, the duo threw their wickets away playing poor shots. Ajinkya Rahane once again showed what application and discipline at the crease can do during his fighting half-century in the second essay.

India’s appalling struggle against spin: Widely regarded as the best players of spin, it was indeed appalling to see top-order batsmen throwing their wickets away. Moeen Ali may now command more respect than what he started out after ending up with figures of his six for 67. Joe Root chipped in with the wicket of Dhawan in the second innings. The meek fifth day collapse in the first session is inexplicable for a team desperately looking to remove their blemishes from their wretched away record.

Not many times have we come across the following line: Ishant Sharma was sorely missed by India. Ishant would have likely been a threat on The Ageas Bowl wicket too and it was always going to be an uphill battle for a newcomer to replace someone, who had almost single-handedly won them the previous Test match. 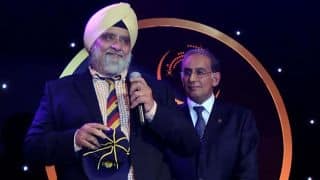 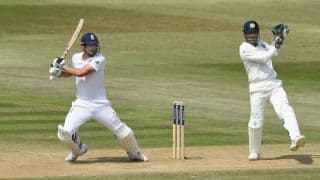