While the Indian batsmen failed, the bowlers gave some ray of hope with consistency.

India’s batting is to be blamed for their loss at Manchester. On a good good wicket, they squandered an opportunity. However, the Indian bowlers did give them a ray of hope, writes Nishad Pai Vaidya.

Ishant Sharma‘s burst at Lord’s may seem a distant memory in view of the abject surrender at Southampton and Manchester. That an Indian bowler bounced out the opposition was an unbelievable sight. However, in the subsequent Tests, batting has let India down – reaching its nadir in the second essay at Manchester. The bowlers though have done their bit, but haven’t been supported by the batsmen.

If one looks at India’s performance at Manchester, one would say that the seamers have done their bit. They made a game out of the Test after the horrendous collapse in the first innings. On a good batting wicket, they did not allow England to get away to a huge total and gave India some glimmer of hope. It is another thing that the batsmen squandered the chance to rise to the occasion.

India had to bring in Pankaj Singh and Varun Aaron for this game. While Pankaj had a forgettable debut, Aaron hadn’t bowled since the practice games before the series. It was a gamble India had to take with Ishant injured and Mohammed Shami out of form. Aaron is possibly the biggest positive to emerge for India from a disaster of a match. Pankaj would  be relieved he got wickets. Bhuvneshwar Kumar maintained his form and created problems for England.

Aaron bowled with some spirit. He ran in and delivered it at a good pace to keep the batsmen on their toes. Many perceived him to be a one dimensional bowler with pace being his only asset. However, Aaron got some movement and left a few batsmen surprised. Moeen Ali, in particular, was done in by a delivery that moved quite precociously. It was proof that Aaron can bring something more than pace and that adds a different dimension to the attack.

Though Pankaj didn’t bowl as well as he did at Southampton, he did beat the bat quite a few times. ‘Unlucky Pankaj’ is what the social media exclaimed. However, if Ishant is fit for the next Test, Pankaj may not considered. With Aaron adding that pace to the attack, it may be difficult for him to get back.

Through all that, Bhuvneshwar continues to impress and is easily the biggest gain on this tour. He has tricked the Englishmen with that movement and made up for the lack of pace. More importantly, his temperament has been the most impressive. India can take heart from a few developments, but the picture is largely gloomy. 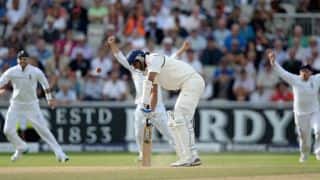 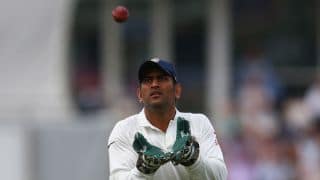