The Rohit-Shikhar combination was off to a flier in the Champions Trophy 2013.

India will look for a fresh start in the One-Day International (ODI) series after the Test drubbing against England. However, the start is where India have often fumbled in their recent overseas matches in the ODIs as well. Abhijit Banare analyses the performance of Indian openers and the options available for India.

It’s been a known fact now. The only ODI’s India have won since their home series against West Indies is in the Asia Cup (two to be precise). It was a fruitless outing in South Africa and New Zealand in 2013 and 2014 respectively. Though they have looked a far better side in this format, there are a few things to worry about which has been the cause of losses overseas. Not many would disagree that the opening partnerships have been equally dismal in ODIs as they have been in Tests.

The Rohit Sharma–Shikhar Dhawan combination was off to a flier in the Champions Trophy 2013. The fluency with which they scored infused enormous positivity in the batting to follow. But the moment these two stepped out of the honeymoon period, and travelled overseas, there was little spark.

Below are their individual figures since the home series against West Indies in 2013.

And below is their partnership since the West Indies series in 2013.

The 64-run stand was in the tied match at Auckland where both these batsmen started off smoothly before gifting their wickets away.

What went wrong? Both players are delight to watch when they are in full flow. Dhawan, at the start of his career never looked like stepping on the wrong peddle. But the opposition bowlers have found his weak areas and the hook shot is certainly one of them. Dhawan has repeatedly failed to hold back his aggressive instinct when the bowlers hold the advantage early on. On the other hand, Rohit looks as clueless against swing as Chris Martin with a bat in his hand. He looked worse than Martin in South Africa where the pacers kept teasing him. And in the process, Rohit consumes a lot of deliveries. There hasn’t been much wrong in their partnerships but they have been found wanting on the individual level.

Will they play?: Skipper MS Dhoni has the habit of backing his players and it seems no different here. With their success last year and the pitches for first two matches not as testing as they were in Tests, he would prefer to continue with the same arrangement.

What happens if they fail here? Based on what Dhawan performed in Tests, he will have a mountain to climb when he faces James Anderson. The swing bowler relishes bowling to left-handers especially when they are slightly tentative prodding outside off. Anderson did get the better of Dhawan in Tests. It’s likely that these two will get their chances opening together at least in the first two ODIs. The wicket is predicted to be flat and this is their best chance. If they do fail on these pitches, then certainly there are more options for the team.

Sanju Samson: Young, talented and has shown what he is capable of at almost all the major domestic and A tournaments played by India. There are some talents which. It would be interesting to see whether the team management opts to bring him in if the regular openers fail. There will also be some cautious opinions that a failure for Samson would demoralise him. Moreover, judging him only on the basis of this series too would be hard on him. But if he does play, expect him to go aggressive.

Ajinkya Rahane: Rahane has been not as consistent in the limited over ‘s middle-order as he has been in Tests. However, he has plenty of experience up the order and has the technical soundness to last more than what Dhawan and Rohit offer with their techniques where the ball does talk early on.

The key to India’s success will be how proactive they are in making team changes and shuffling their batting when the situation demands. There aren’t many examples of these as far as Dhoni is concerned. 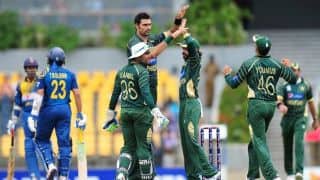 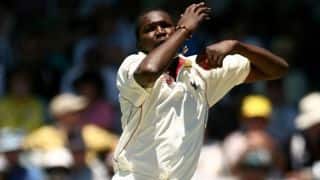