Virat Kohli has never retained the same Test XI in consecutive games in his two-year tenure so far. Will the pattern repeat in ODIs as well?

Virat Kohli has never retained the same Test XI in consecutive games in his two-year tenure so far. Will the pattern repeat in ODIs as well? We will have to wait for the toss at Barabati Stadium in Cuttack, where India and England clash for the second ODI of the series. The Pune hangover is still on, and the 351-run chase has certainly brought the bring it on mantra to the Indian camp. However, Kohli has made it clear that complacency has no room in this blue brigade.

Shift to Cuttack. Hotel rooms are available, finally. The teams have practised. The outfield is fast and boundaries short. Crisping it further expect runs galore. There may be bounce. Security has been beefed up to counter crowd trouble. There may be dew, much to the irritation of spinners, for the mercury is expected to drop to 15 C. There may be extra bounce on offer and toss will again play a decisive role. But then, there are immune mortals like Kohli.

Will Kohli change the winning XI? Suvajit Mustafi looks at the likely side for the Cuttack contest.

Top-order: India posted 363 against Sri Lanka the last time they played an ODI here. Shikhar Dhawan and Ajinkya Rahane had stitched a 231-run opening stand, scoring 111 and 113 respectively. Will the pair be united?

Rahane s 91 in the warm-up game was not enough to earn him a spot in the Pune game. KL Rahul s only failure in his ODI career should not get him the boot. He has been identified as one of the rare batsmen for all formats. In all likelihood, it will be Dhawan and Rahul.

Kohli will walk out at No. 3. Another 28 runs will make the seventh Indian captain (after MS Dhoni, Mohammad Azharuddin, Sourav Ganguly, Sachin Tendulkar, Rahul Dravid and Kapil Dev) to the 1,000-run club in ODIs.

Middle-order: After the superhero, two more cult heroes follow. Yuvraj Singh fell to a soft dismissal at Pune while Dhoni succumbed to the chase pressure. We have not seen enough of Dhoni the non-captain close to a decade now. The spotlight will continue to follow him.

The order may shuffle according to the situation and left-right combination.

The man of the moment, who believes he can pull off anything, arrives next. Kedar Jadhav pulled off a Dhoni-esque chase at Pune. His 65-ball ton and 200-run stand with Kohli has helped him seal the spot for a while. Not to forget Jadhav s off-spin will play a role of importance too.

All-rounders: Hardik Pandya s improvement as an all-rounder will boost India s confidence. He bowled well with the new ball and even later. He held his nerves in the tricky run chase.

At No.8 is Ravindra Jadeja. He was comparatively economical with the ball. Be it providing breakthroughs, or exhibiting exemplary fielding skills or providing lusty blows at the end, Jadeja s importance cannot be undermined.

With due respect to all his achievements in Test cricket, Ravichandran Ashwin s spot looks doubtful. Amit Mishra has been India s best spinner in ODIs, bagging the Man of the Series award in his last series against New Zealand. Mishra missing out due to Ashwin s reputation or going for horses for courses will be a decision that Kohli will have to take.

The former is expected to take the precedence. At least for the second ODI.

Pacers: Bhuvneshwar in Cuttack? Mind the pun. But there is a possibility of Bhuvneshwar Kumar replacing the completely out-of-sorts Umesh Yadav, especially keeping the former s role in Champions Trophy in mind. Conditions in England will favour the UP seamer more.

Kohli has shown a lot of faith in Umesh in recent times. Also, with extra bounce on offer, his pace may come handy. Before the last game Umesh did show significant improvement in discipline and not long back he produced two outstanding deliveries to get the back of Martin Guptill.

Umesh may make the cut. Jasprit Bumrah had an off game in Pune. However, in his 9-match career, the youngster has done enough to be considered as the mainstay. Be it the darting yorkers or the darting direct-hits, Bumrah is never out of the game.

For a change, Kohli may go in with the same winning XI… 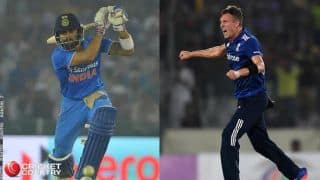 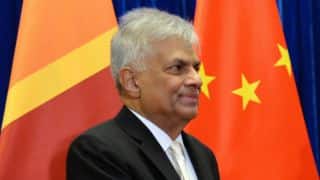