A total of 747 runs were scored in the Cuttack ODI between India and England the 2nd-most on Asian soil.

The second ODI between India and England at Cuttack witnessed an exciting run-fest. After posting a mammoth total of 381 on board, the Indian bowlers somehow managed to win the contest by 15 runs. Chasing 382, England played courageously. At one stage, the chase looked possible thanks to Jason Roy (82), Joe Root (54), Eoin Morgan (102), Moeen Ali (55) and a down-the-order cameo by Liam Plunkett of 26 runs from 17 balls. Yuvraj Singh, who laid the foundation of this win by scoring an excellent 127-ball 150, was named Man of the Match, while MS Dhoni scored a 122-ball 134.

We have already discussed the many records from the Indian innings. We present some interesting statistical highlights from the rest of the match.

A total of 5 maidens were bowled in the entire match, the most in an ODI with over 700 runs.

With a single off Jasprit Bumrah s delivery in the 38th over, Moeen went past 1,000-run mark in ODIs. He became 37th English batsman to have reach this landmark.

As mentioned above, Roy, Root, Morgan and Moeen all went past 50. This is the 1st instance of four England batsmen scoring fifties in the same innings against India. This was also the 7th instance for England.

Yuvraj was adjudged Man of the Match (MoM) for the 26th time in his career. The last time he won the MoM award was back in the quarter-final of the 2011 World Cup, against Australia. In that world cup, Yuvraj earned 4 MoM awards in less than three weeks.

After scoring 134 in the first innings, Dhoni also bagged 2 dismissals while keeping wickets. This is the second time Dhoni has scored over 130 and had 2 dismissals in an ODI, after the 2004-05 match against Pakistan at Visakhapatnam. Adam Gilchrist and Quinton de Kock are the only two players to do this twice or more. 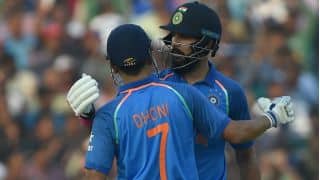 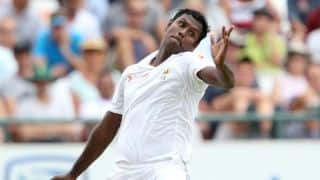