There were a number of enterprising performances and key moments in the third ODI match.

India defeated England by six wickets in the third One-Day International (ODI) at Trent Bridge to take an unassailable 2-0 series lead. There were a number of enterprising performances and key moments in the match. Shiamak Unwalla looks at some of the highlights of the day.

Alastair Cook and Alex Hales start sluggishly: An opening partnership of 82 runs is almost always considered good in any format of the game. However, England’s 82 took them 18 overs to achieve; a decidedly slow start by modern standards. Their sluggish opening stand meant that all the following batsmen needed to score quickly from the start, which in turn hampered England.

Ambati Rayudu’s maiden ODI wicket: “If MS Dhoni can coax a wicket out of Ambati Rayudu, he can do anything!” said one of the commentators on air. Rayudu, having to bowl his innocuous off-breaks due to an injury picked up by Mohit Sharma, ended up snaring Alastair Cook with a wide ball down the leg-side. The resultant stumping also helped MS Dhoni become the wicketkeeper with the most stumping dismissals across formats.

Ravichandran Ashwin‘s artful spell: It was Ravindra Jadeja in the last game at Cardiff; it was Ravichandran Ashwin here. England’s woes against spin continued, as Ashwin snared three for 39 including the wickets of Eoin Morgan, Ben Stokes, and Jos Buttler — the last of which was the perfect off-spinner’s dismissal; Buttler stepped out and slogged, missed the ball, and lost his stumps. Ashwin was named man of the match for his efforts as well.

James Tredwell late fireworks: Of all the batsmen in England’s line-up, James Tredwell is perhaps the last man one would expect to provide a late flourish. He got stuck in to Bhuvneshwar Kumar in the final over of the innings, ending with a whirlwind 30 off 18 balls with four boundaries and a six.

Ajinkya Rahane proves a worthy replacement: Never mind that Rohit Sharma was injured, Ajinkya Rahane might well prove to be India’s first-choice opener if he continues in the same vein. Rahane absorbed the new ball and unleashed a flurry of exquisite boundaries throughout the innings. Though he didn’t make a fifty, he looked assured and supremely confident at the top.

Virat Kohli roars back to form: The only thing lacking in India’s huge win at Cardiff was runs from Virat Kohli’s bat; that was not the case this time around. His 50-ball 40 was laced with a couple of beautiful boundaries and a savage six off James Tredwell. He was dismissed playing a slightly loose shot, but there were enough signs that he was back.

Ambati Rayudu and Suresh Raina’s match-winning partnership: Ambati Rayudu is not a permanent member of the ODI playing XI, but in the limited opportunities that he has got, he has shown that he could well be a long-term prospect for India. Here, he struck an unbeaten 64, the highest score of the match. Raina’s positive run-a-ball 42 his second consecutive positive innings in the series. 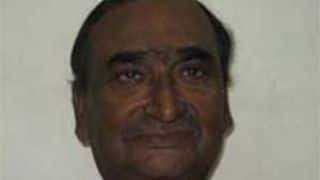