In nine Test matches in Nottingham, Anderson has takes 60 wickets, including seven five-wicket hauls, at a cost of 18.95 runs.

As James Anderson closes in on Glenn McGrath s mark of 563 Test wickets, the most by a fast bowler ever, he could have asked for no better venue than Trent Bridge to attempt to make history.

Anyone who has followed Anderson s England career will know that the 36-year-old does particularly well at Trent Bridge: he has 60 wickets at a cost of 18.95 apiece from nine Test matches there, with seven five-wicket hauls.

Currently on 553 career Test wickets following a superb match at Lord’s, Anderson needs 11 to surpass McGrath s record and become the most successful fast bowler in Test history as the third Test gets underway between India and England on Saturday. On that note, here s a look at five of his best performances at Trent Bridge.

Down 0-1 after two Tests, Trent Bridge offered England their last chance at preventing South Africa from running away with the series. They found inspiration from Mark Butcher (106) and Nasser Hussain (116) whose centuries helped put 445 on the scorecard. At 132/3, South Africa were steady. Then Anderson bowled Jacques Kallis for 27, his first wicket of the innings. His next was Neil McKenzie for 90, before the tail was polished off to bowl South Africa out for 362. His 5/102 came fro 27.5 overs, and though the runs were higher than Anderson would have liked, it proved a big factor in England taking the lead.

In the fourth innings, after England had been bowled for 118 to set South Africa a target of 202, Anderson dismissed Kallis and Boeta Dippenaar in a telling spell to help inflict a 70-run defeat that evened the series at 1-1.

A crushing win – by an innings and nine runs – wrapped up the series 2-0 with a game to spare. This win had Anderson s stamp all over it, and marked his return to the side as a truly captivating fast bowler of international quality. This Test was effectively all over once New Zealand, in reply to England s 364, were bowled out for 123 in their first innings – with Anderson taking 7/49. These were career-best figures, and came after the scored a career-best 28 with the bat. Six of those were New Zealand s top six in a crippling spell of swing bowling and the visiting team never recovered.

The conditions were tailor-made for swing and seam, and who better than Anderson to use them to stunningly devastative effect? Once again England made a good score (354) before unleashing Anderson on the hapless Pakistan batsman. Anderson accounted for the top order and then nipped out Shoaib Malik and Mohammad Amir, the main contributors to Pakistan s fightback from 47/6.

England batted again, declared with a lead of 434 and said to Pakistan: good luck getting those. What happened next was a steamroll. In 15 overs of relentless pace bowling, Anderson took six wickets for 17 runs. Pakistan were blown away for 80 to hand England victory by 354 runs.

England’s successful retention of the Ashes in the summer of 2013 owed much to Anderson’s Man-of-the-Match performance in the first Test, where England won by 14 runs in extraordinary scenes as their strike bowler helped hold off a terrific Australian fightback, having Brad Haddin caught behind for his tenth wicket of a great Test.

The day had begun with Australia 174/6 chasing 311 to win, and Anderson had Ashton Agar, Mitchell Starc and Peter Siddle edging to Alastair Cook in the slips before England were held up by Brad Haddin and James Pattinson. Anderson eventually took the final wicket England needed, that of Haddin after the batsman was initially given not out by Aleem Dar; a review showed a faint edge to Matt Prior. This capped a memorable match for Anderson, who had claimed 5/85 in Australia’s first innings – a crucial performance that limited their lead to 65.

“It has been draining emotionally and physically. I’m lost for words – it’s been amazing,” said Anderson after sealing victory.

Anderson, by his own admission, was left frustrated by England s poor batting on day two following his seventh five-wicket haul in Nottingham – highlighted by four wickets for four runs in 20 balls as South Africa went from 309/6 to 335 all out. England were bowled out for 205 in 51.5 overs, which negated Anderson s excellent bowling and put the hosts on course for defeat.

Nevertheless, this was Anderson, two weeks shy of his 35th birthday, showcasing his longevity and skill as a swing bowler bar none in today s game. That spell of four for four in 20 balls was outstanding, and should have been rewarded in an England win. 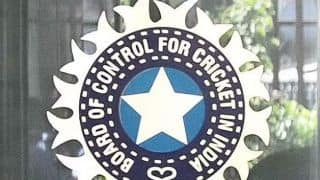