The fifth and final Test of the Anthony de Mello Trophy 2016-17 between India and England maybe a dead rubber, but the contest has enough ingredients to turn into be a fascinating one.

The fifth and final Test of the Anthony de Mello Trophy 2016-17 between India and England maybe a dead rubber, but the contest has enough ingredients to turn into be a fascinating one. With England bowlers searching for Virat Kohli s technical aptness and Alastair Cook perhaps leading England in Tests for the final time, the fifth match of the series will be of a lot of interest. England will face the ignominy of losing four Tests in a series for the second time in close to three years after Ashes 2013-14, but forcing a draw will also demand the best out of them. Anderson has been ruled out of the contest, which means, a fit-again Stuart Broad will charge in from one end.

So far, England have applied many tactics but returns have been poor. The fast bowlers have been ineffective compared to India s, and spinners looked toothless despite their counterparts chipping away with a lot of wickets. England have done poorly with the bat, and the overall package has been less than ordinary for them on this tour. The Chennai Test provides last opportunity for England to salvage some pride, but to achieve that they will have to get the best out of themselves. England are not expected to play around with their team composition as Broad coming in for Anderson remains the only forced change, and perhaps for the first time in his tenure, Virat Kohli is expected to retain the playing XI.

Let us take a look at the key clashes between players from both sides you should be anticipating:

Virat Kohli vs Stuart Broad: Easily, the contest to watch out for would have been Kohli versus Anderson. Not because Anderson has taken many wickets and caused troubles for the Indians, but for the fact that he dared to challenge arguably the world s best batsman across formats. Anderson remains one of the premier bowlers in the format, and the English spearhead would for a change have wanted to make the damage with the ball and shut those who are asking for wickets off him. But he is ruled out and Broad, who has recovered from a wrist injury, will take his place.

Kohli might have brushed aside the comments and a brief fiasco that followed on the final day of Mumbai Test, deep down inside, the run-machine will want to have another crack at England. He has scored more than 640 runs so far in the series, and Kohli stands short of a few records which will make him rise further in the annals of Indian cricket.

Murali Vijay vs Adil Rashid: Vijay surprised many with his over-aggressive approach against England spinners at Mumbai, striking his way to a fine 136. Vijay attacked the England spinners right from the beginning, but his special liking for Adil Rashid was evident. Vijay did not shy away from hitting in the air early on in the innings or even dancing down the track. Vijay scored 40 runs off 64 balls from Rashid, whereas 58 came off 110 from Moeen Ali. Vijay s approach highlighted that India wanted to unsettle the England spinners, and it remains to be seen if there will be a change in gears. Playing the final Test at his home ground, Vijay will want to build more on his recent success.

Cheteshwar Pujara vs Moeen Ali: Pujara had a quiet game in Mumbai the only Test in the series so far wherein he did not score more than 50 runs. Pujara fell for 47 in India s only innings in the fourth Test, but on a batting-friendly wicket at the MA Chidambaram Stadium, Pujara will want to better his record against England. The Indian No. 3 has already scored two centuries this series, and the highlight of his success has been the way he tackled the English spinners. Pujara has used the feet well, converting many deliveries into full tosses and hitting them either to midwicket or through cover. Moeen may have troubled the Indians back home, but he has challenged the hosts only in patches and not consistently.

Alastair Cook vs Ravichandran Ashwin: It is remarkable that Alastair Cook will not be returning from home post the Christmas break. He will stay on to discuss future with his former teammate and England director Andrew Strauss, while the others will come back to prepare for the limited-overs leg starting January 15.

Keeping this contest in mind, even though Ravindra Jadeja accounted for Cook s wicket in both the innings at Mumbai, he would like to sign off from the series with some success against Ravichandran Ashwin. Ashwin has troubled Cook a great deal in this series, and the England captain in return will want to change the tone in the final game. Cook has, at times, shown signs of the familiar long innings but he has frittered away right after. While there are no doubts over Cook s credentials, the wait for him to score heavily is not getting over. The pitch at Chennai should support batsmen, which means Cook and company will once again want to put up a strong total on board. 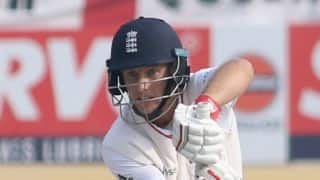 Virat Kohli: Joe Root has the temperament to lead England 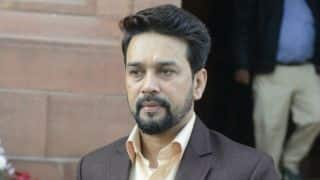