Both matches came on the back of controversies involving Indian players.

India won at Lord’s after 28 years on Monday thanks to an inspired spell by Ishant Sharma in the fourth innings of the Test. The Indian victory comes in the wake of the Pushgate controversy which involved Ravindra Jadeja and James Anderson. Sudatta Mukherjee looks at the similarities between India’s latest Test victory and the win in the third Test against Australia at Perth in 2007-08, which followed the Monkeygate controversy.

India entered the second Test with a lot of pressure and criticism following the Pushgate incident between Ravindra Jadeja and James Anderson. Jadeja reported to the team management that Anderson had pushed and abused the Indian on their way back during the first Test at Trent Bridge. Subsequently, Anderson was charged under Level 3 of the ICC Code of Conduct for Players and Player Support Personnel by India team manager Sunil Dev. The English team hit back by charging Jadeja with Level 2 offence. The duo now risk getting banned for two to four Tests.

Ahead of the second Test, former England skipper Michael Vaughan tweeted that Anderson will hit the winning runs off Jadeja’s delivery. However, it was Jadeja who ran out Anderson while attempting a suicidal run to give India its victory at Lord’s after 28 years. That India were put into bat on a green top makes the victory at Lord’s all the more creditable.

The victory at Lord’s rekindles memories of India’s win at Perth in the 2007-08 against Australia. India lost the first two Tests against Australia by a huge margin. During the second Test at Sydney, one of the biggest-ever controversies in Test broke out. Harbhajan Singh was accused by Andrew Symonds for making racists remarks which led to the Indian spinner handed out a three-Test ban. However, that ban was revoked later and he was fined 50 per cent of his match fees.

The atmosphere was completely vitiated. The two captains, Ricky Ponting and Anil Kumble, said a lot of things in public that did not help the situation. Things in fact got to a point when the future of the series itself was in doubt.

There was no love lost between the two sides as they went into the third Test at Perth. India were 0-2 down in the series and and had last won a Test match in Australia in 2003. India won the toss and chose to bat. They put 330 and then went on to bowl Australia for 212 inside 50 overs. RP Singh picked up four wickets; Irfan Pathan, Ishant Sharma and Kumble picked up two wickets each.

India posted 294 in their second innings, leaving Australia a target of 412 in two days. However, the Indian bowlers came out strong and bowled the Australians out in their fortress to complete a famous 72-run win. Irfan was the pick of the bowlers, and was adjudicated the Man of the Match for his three wickets in the Australian second innings and for scoring 46 runs in the India’s second innings. RP Singh, Anil Kumble, and Virender Sehwag picked up two wickets each. The bowlers did it for India, not only with the ball but with the bat too (Other than Pathan scoring 46, RP Singh scored a vital 30 runs in the second innings.)

On Monday, at Lord’s, it was again the Indian bowlers who led the victory parade. Ishant picked up seven wickets, Bhuvneshwar Kumar picked up six wickets in England’s first innings and scored 52 in India’s second innings and Jadeja, a bowling all-rounder, scored 68 in the second innings. In both the cases, India won the match when nobody thought they could. 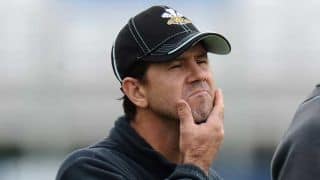