In this 16 part series, Arunabha Sengupta captures one special moment from each of the 16 previous Indian tours to England. In the second episode he looks back at the first day of the first Test match between England and India in 1936 that saw 17 wickets fall and ended with the match balanced on knife’s edge.

The Indian team of 1936 was infamously led by the inept and arrogant Maharajakumar of Vizianagram. And just about a week before the start of the first Test, the skipper managed to dispense with the services of the best performer of the team, thus leaving substantial holes in all the departments of the game.

Conflicts with his star all-rounder, Lala Amarnath, resulted in a major chasm between player and captain. A helpful push by the pig-headed manager Major Brittain-Jones ensured that the most talented man of the side fell through the gap and left the quixotic leader with a less than adequate team.

As a result, as the side geared to play England at Lord’s in the opening Test, Amarnath sailed back on board Kaiser I Hind. In the 12 tour matches he had managed to play, he had scored 613 runs at 32.26 with three hundreds and had captured 32 wickets at 20.87.

What the Indian team might have managed if Amarnath had been in their midst is a matter of conjecture. Yet, as they had done in 1932, the tourists got off to an outstanding start on the first day. The ham-fisted leadership and a passenger player in the form of Vizzy did not really stand in the way. The onlookers were once again caught on the wrong foot by some spectacular Indian bowling.

After much rain had fallen during the previous night, the morning dawned, warm and pleasant. Gubby Allen, leading England for the very first time, showed a lot of daring and spunk in putting India in to bat. Of course, the decision was influenced by the august presence of Hedley Verity in the English ranks. James Langridge was also there to send down his left arm spinners on a wet wicket.

India, however, started with confidence, Vijay Merchant and makeshift opener Dattaram Hindlekar putting on 62 for the first wicket. Verity was found wanting in length, and looked less than threatening. However, captain Allen provided the breakthrough by bowling Merchant with a pitched up delivery. In that same over, he had Mushtaq Ali caught off an attempted leg-glance through a juggling take at backward short-leg. Two runs later, another Middlesex amateur, Walter Robins, turned one past Hindlekar’s bat to hit his stumps. The Indian innings did not recover. Allen’s five wickets ensured a flimsy first innings score of 147.

However, Lord’s had not quite forgotten the sterling show of Mohammad Nissar and Amar Singh four years earlier. And soon, the memories were further refreshed, as the deadly duo ran in at the start of the England innings. Amar, in particular, used the conditions superbly, moving the ball both ways from a very short run up. Debutant, Harold Gimblett was snared at 16, and Maurice Turnbull bowled by a vicious swinger at the same score. At 30, Arthur Mitchell missed a ball to have his woodwork disturbed, and four runs later Bob Wyatt was caught in the infield. England were 34 for four and Amar had claimed all the wickets.

Nissar, accurate and fast, struck next, ratting the stumps of Joe Hardstaff Jr. It was 41 for five and once again the Indian new ball bowlers had ambushed the English batting side.

But the fast bowlers had to be rested. Now, bowling as first change, Jahangir Khan was less threatening. The wily Maurice Leyland, his Yorkshire spirit shining through, astutely milked him for runs. CK Nayudu was accurate but, at 40, considerably less than unplayable. Leyland and Langridge added 55, Leyland and Allen 33 — the runs worth their weight in gold. As shadows lengthened, Amar ran in again and trapped Leyland leg before. England finished on 132 for seven, the honours of the thrilling day very much even.

The following morning, rain kept the players indoors till quarter past two. And when the England innings resumed, the wicket had been rendered almost unplayable. Without addition to the score, George Duckworth fended a Nissar delivery. The Kumar, standing at slip, took a catch of unexpected agility, low down, left-handed, knuckles brushing the ground. Nissar had  Robins caught at the same score and two runs later, Allen edged Amar to give him his sixth wicket and Jahangir his third catch. At the end of the first round of exchanges, India led by 13.

What would have transpired if Amarnath had been there? The Indian pace attack would have had another potent weapon. And the batting would have been boosted with some serious quality in the middle-order. Perhaps the run of play would have seen the rains place the England innings in a quandary. Perhaps by the second afternoon, the match would have been well beyond the hosts. We will never know.

For the first time in a Test match in England artificial driers were used to repair the wet wicket. The result proved to be disastrous for India. The balls jumped and kicked unpredictably, coming through at different heights. Allen dismissed Merchant for a duck, thanks to a spectacular catch by Duckworth off a genuine leg-glance. By the time the score reached 28, the England captain had accounted for the first four batsmen to be dismissed. Verity took over after that and ran through the innings. Apart from a stubborn Hindlekar batting for an hour and a half for his 17, made with a chipped bone in his hand, few showed the inclination to stick around.

India were on 80 for seven when a drizzle and poor visibility stopped play on the second evening. The innings could not be resumed until quarter past three on the following day. Phiroze Palia did frustrate the Englishmen for a while with his left-handed resistance, but ended up hitting one from Verity down the throat of Leyland at wide mid-off. The puny 93 run total added up to a target of just 107.

Nissar got Mitchell before England had scored in the second innings. But the early strike proved to be the dawn of false hope. The wicket had improved and had also become slower. Gimblett cut loose, blasting 11 boundaries in his 67 with several resounding hook shots that were already famous in his native Somerset. CS Nayudu turned the balls appreciably, but the runs were achieved at a rate faster than a run a minute.

Read Part 1 of the series here 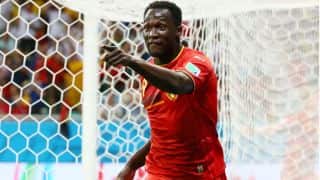 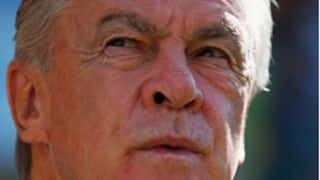