Having ransacked the New Zealand cricket team in their three-Test series, the Indians will have in their minds further domination over Kiwis.

Having ransacked New Zealand in the three-Test series, the Indians will have further domination in their minds against a team which failed across departments in the first leg of the tour. Despite getting some challenging wickets to play on, the New Zealand could never actually get its act together in the Test series in which they were whitewashed. Uncertain of what they will get further on the road on their trip to India, the Kiwis and the hosts have reached the picturesque location of Dharamsala, where the two teams will begin their five One-Day International (ODI) series on Sunday. The ODI series is excepted be a tightly-contested affair, with the series getting over within 13 days in five different cities across India. FULL CRICKET SCORECARD: India vs New Zealand, 1st ODI at Dharamsala

Going into the ODI series, the only assuring aspect for the Kiwis is the absence of their tormentors in Tests, as Ravichandran Ashwin and Ravindra Jadeja have been rested for the first three games. India will have their regular limited-overs captain MS Dhoni back at the helm, with Virat Kohli who is coming off a splendid double century in the final Test itching to prolong his form going further into the big season ahead. There are few notable changes as well, with many players being retained in the Indian side who last played ODI cricket in Zimbabwe. Some of the names to be noted are Akshar Patel, Jayant Yadav, Amit Mishra, Jasprit Bumrah, Dhawal Kulkarni, Umesh, Mandeep, and Kedar Jadhav.

This will be the final assignment for India in limited-overs in 2016 and Dhoni s team would like to end on a high after having mixed results so far. They started the year with an impressive win in Twenty20 (T20Is) series in Australia, followed by semi-final exit in the ICC World Twenty20 (WT20I) 2016. The tour of USA was a disappointing one, as the team lost their two-T20I series to West Indies 1-0. India lost the first T20I narrowly, and in the second game where they had the Caribbean side on the mat, rain gods intervened to spoil India s plans. Nevertheless, let us take a look at the possible Indian eleven for the first ODI against New Zealand:

Top-order: Rohit Sharma and Shikhar Dhawan have been India s preferred openers in the limited-overs. But since the left-handed has been overlooked due to injury, it means Rohit may either have Ajinkya Rahane, Manish Pandey or Kedar Jadhav as his opening partner. However, the chances of Rahane coming in as Rohit s partner are extremely high, since he is coming off a terrific century in the final Test at Indore. Kohli comes in at No. 3, and the captain, who is coming off a long break after the T20Is versus West Indies should come on to bat next. It must be noted that Raina has been ruled out of the first ODI due to illness, and India will be without the services of Jadeja as well. There might be opening for Mandeep Singh and even Jadhav in case he does not get any chance in the top order.

Middle-order: As the top-order looks settled with Rohit, Rahane and Kohli coming in, Dhoni is all set to continue batting at No. 4. With Hardik Pandya in the team as a specialist all-round cricketer, he can be expected to score aggressively for which he is known for. Pandya can be an asset as far as scoring quick runs is concerned coming in at No. 7, as the right-hander has the ability to hit long and hard. Since this will be India s last assignment in coloured clothing in 2016, players like Pandya and even Dhoni will be eager to end on high. Dhoni might opt for a big break, but Pandya will return to the domestic circuit. Since Raina is not available for India in this game, both Mandeep Singh and Jadhav can feature in the playing eleven, occupying the No. 5 and 6 slots.

Lower-order: The Indian bowling attack will be a lot different for this series, since there are a few big names missing in the line-up. Ashwin, Jadeja and Shami are not the only ones missing; there is no Ishant Sharma or Bhuvneshwar Kumar either. India will thus have to depend on Jasprit Bumrah a rapidly growing T20 bowler, Umesh Yadav and the extremely accurate Dhawal Kulkarni. The spin department will be a lot different as well, with Akshar Patel coming into the fray with Amit Mishra already warming the bench for far too long. With the Indians not having a great deal of experience in their bowling attack, the Kiwis will certainly feel confident going into the series. The Kiwis would already have been breathing easy following the resting of Ashwin and Jadeja, and with the white-ball format promising runs, some of the struggling New Zealand batsmen will be looking forward to bank on the opportunity. As far as India s bowling attack is concerned, the hosts would want to have two seamers and two spinners at least in their ranks. The Indians also have a third spinner in Jayant Yadav, who was in the touring party to Zimbabwe but did not get any chance. 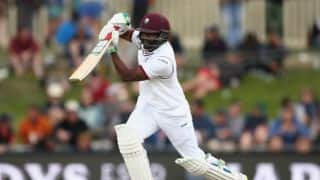