Virat Kohli needs 38 runs to become the 2nd-highest scorer in T20I history. Kohli will go past Tillakaratne Dilshan (1,889). Brendon McCullum (2,140) is still some distance away.

0 T20 Internationals won by India against New Zealand till date. The sides have played 5 times till now in three countries (in Johannesburg, Christchurch, Wellington, Bengaluru, and Nagpur) over nine years. New Zealand have batted thrice and chased twice in these matches, every time with the same result.

0 T20 Internationals played by India at Feroz Shah Kotla, Delhi till date. All 4 T20Is played at the ground were in the 2016 World T20, between March 23 and March 30. New Zealand have played here once, when they lost the World T20 semi-final to England. In fact, England have played 3 out of 4 matches here (and won all).

38 runs needed by Virat Kohli to become the 2nd-highest scorer in T20I history. Kohli will go past Tillakaratne Dilshan (1,889). Brendon McCullum (2,140) is still some distance away.

108 runs needed by Rohit Sharma to become the 2nd Indian to reach 1,500 T20I runs. Kohli was obviously the first.

34 T20I wickets for Ashish Nehra, who will not play after the Delhi match. Among Indians, only Ravichandran Ashwin (52) and Jasprit Bumrah (37) have more.

4 wickets for Mitchell Santner in India-New Zealand encounters, the most from either side in the current squads. Daniel Vettori (6) has most wickets in matches between these countries, so Santner has a reasonable chance to go past him. Ish Sodhi has 3 wickets. However, no one in the current Indian squad has more than 1 wicket against New Zealand.

1 catch needed by Dhoni off Nehra for the pair to become the most prolific for by any bowler-wicketkeeper combination in terms of catches. With 9 catches, Nehra-Dhoni are tied with Gul-Kamran.

1 dismissal needed by Dhoni to have most dismissals in India-New Zealand matches. Dhoni (2c 1st) is currently level with McCullum (3c) and Luke Ronchi (1c 2st). 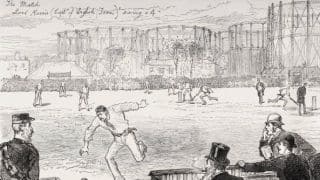