Both India and New Zealand will meet for the first time for a T20I at Feroz Shah Kotla, Delhi.

NDA were still in power when Ashish Nehra came to the fore. Since 1999, Nehra-ji‘s career has seen four general elections. NDA were ousted. They reclaimed power. They regained it. And they were ousted again. And as Prime Ministers came and went, Nehra-ji stayed put on a throne reserved only for cult heroes…

Nehra-ji comes from a time when the world was unaware of iPhones (or any smartphone). They did not need to, because there was no video to watch, for YouTube was still a thing of the future. Hum Paanch was a major conversation-starter contrary to Game of Thrones. The Indian cricket team had lifted the World Cup only once till then. Rangana Herath was only 21 (his belly and Nehra’s smile have not faded yet). In short Nehra has seen it all…

In cricketing aspect, the most gruelling factor in Nehra-ji’s debut was, 250 used to a challenging score. 300 was a near-impossible target. Pitches weren’t flat as it is nowadays. Pakistan were abysmal in their fielding standards (but Wasim Akram, Waqar Younis and Saqlain Mushtaq were all around even Saleem Malik was active!), something that has improved drastically.

While India will be eager to shed their dismal record versus New Zealand in the first T20I, Nehra-ji will be donning the Indian jersey for the last time. Needless to say, Team India will be keen on giving a memorable farewell to the veteran pacer, and get off the mark against Kiwis in T20Is. Both sides have faced each other in Johannesburg, Christchurch, Wellington, Bengaluru, Nagpur, and India have never outplayed Kiwis. The Delhi T20I will be a good opportunity to mend things a bit.

Hosts face No. 1 side

New Zealand have been a good T20 side ever since its introduction. They are known to adapt well and churn out wise plans. They surprised everyone with their inspiring campaign in World T20 2016 following Brendon McCullum’s retirement. Since the mega tournament, Kiwis have won 75 per cent of their games.

After an evenly contested ODI series, New Zealand will be expected to come hard against an opponent who are yet to defeat them. Colin Munro, Martin Guptill, Mitchell Santner, Ish Sodhi, Tim Southee, Trent Boult, Tom Latham and Kane Williamson will be raring to have a go at the Indian line-up. In such a rapid format, if hosts’ over-dependent top-order fails, Kiwis will have a good chance to make it 6-0 versus India.

38 runs needed by Virat Kohli to become the second-highest scorer in T20I history. Kohli will go past Tillakaratne Dilshan (1,889). Brendon McCullum (2,140) is still some distance away.

34 Nehra is the third highest Indian wicket-taker in the format. Ravichandran Ashwin (52) and Jasprit Bumrah (37) leads the chart.

My fondest memory of Nehra-ji

My fifth grade final semester examinations had finished at the best time possible. 2003 World Cup had reached the end of group stages. I took a day off from praying to the almighty about my results, and invested all my energy backing India. On February 26, 2003, India faced England in a must-win clash for both teams at Johannesburg.

Defending 251, the then skipper Sourav Ganguly turned to Nehra, and the pacer kept me awake (not a small feat for a then 11-year old cricket fanatic) with his swing and pace. Nehra accounted for Nasser Hussain, Michael Vaughan, Paul Collingwood, Craig White and Alex Stewart’s wickets. He deceived them with extra pace and bounce from the surface. Playing under lights, England were outclassed by Nehra’s seam movement.

To top it all, Nehra wasn’t even fully fit on the eve of the match. He returned with 6 for 23, the best spell by an Indian in World Cup history this hasn’t changed in his 19-year-long career. He even puked before leaving the ground. The damage was long done, and England succumbed to an 83-run defeat.

From the next day, I didn’t care about my results. I just prayed for India’s second World Cup title, only to be left heart-broken in the summit clash.

If you can, then sprint. If not, then run. Can t run? Then jog. Won t jog? Then at least walk! Can t walk? Then crawl but just keep on moving, said Nehra ahead of Delhi T20I. 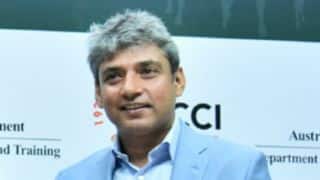 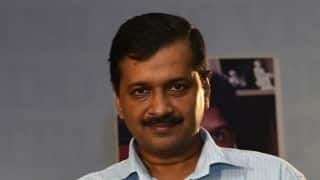