During the Hamilton loss, neither Rayudu nor Karthik took this chance in individual capacities.

HAMILTON: Shambolic is one way to describe India s eight-wicket loss to New Zealand in the fourth ODI. It is an obvious thing to say when, after securing the series with a 3-0 jumpstart early on, you fail to turn up in a dead rubber and get beaten in 45.3 overs. That s across two innings, not even one!

The Indian dressing room was quick to shrug off this defeat as a one-off. And in a way they were right to do so, for such collapses have occurred very rarely for India in the past two years. Even if the ball has swung around and they have struggled to get going, the collapses haven t been as dramatic as it was on Thursday.

In fact, most people won t even remember the last time India were bowled out for less than 100 in an ODI innings (88 in 2010, at Dambulla, also against New Zealand). (READ MORE: Deep Dasgupta column: India being bowled out for 92 was an aberration)

Even so, disappointment is the other way to describe that Indian innings. It isn t often that India play without Virat Kohli s inspiration and MS Dhoni s calmness. It is also not a regular happenstance that both Rohit Sharma and Shikhar Dhawan fail to get going, especially in the aforementioned duo s absence, and the whole matter of salvaging the innings lies at the door of this Indian middle order.

In that light, never mind Shubman Gill s trial by fire, Ambati Rayudu and Dinesh Karthik left a lot to be desired.

For a long time now, there has been a debate over Rayudu s selection as the number four choice for India at the ICC Cricket World Cup. He returned to the ODI side on back of his IPL performances last year, and then went on to use the sub-continental conditions to good effect in the Asia Cup and in the home series against West Indies, scoring a hundred and three half-centuries. (READ MORE: What is India’s ideal XI for the World Cup?)

Yet, they weren t really considered a proper reckoning of his credentials, keeping in mind conditions on offer. As such, until the third ODI at Bay Oval, he didn t really do much to pour cold water over that debate. Retiring from first-class cricket didn t help his rhythm, and he struggled for timing in Australia and the early part of this New Zealand tour. One free-flowing innings in six matches is not the optimal return from your number four batsman.

This fourth ODI, thus, was a golden chance for Rayudu to come up with the goods. With the ball moving around, the openers failing and in the absence of Kohli-Dhoni, it was the perfect opportunity to replicate possible English conditions and any scenario wherein the top order fails during the World Cup. He failed, playing a loose stroke, albeit caught brilliantly at short cover. (READ MORE: New Zealand consign India to biggest ODI loss)

The question to ask here is this do India want a number four who sits between Kohli at three and Dhoni at five, providing just a connecting bridge between the two pivots of this batting line-up? Or does the team management desire more from this vital batting spot in ODI cricket? It is impossible to envisage that they do not, especially in a World Cup year.

Batting at four isn t just about backing up Kohli, providing a platform for Dhoni, and scoring a few runs clutching their coat tails. The whole batting revolves around any number four batsman he has to channel the momentum generated by the top order and relay it down to the lower end, anchoring the innings. Off chance there is a collapse, he has to stand tall and dig deep to salvage a partnership, something like Dhoni did at Sydney batting at five. Simply put, Rayudu has failed to do this job in Australia and New Zealand.

This is where the curious case of Karthik emerges. As he helped finish games in Australia, it clearly appeared that the finishing role has been assigned to him. Yet, he was left out on two occasions because the team needed to find a better balance and had to bring in Kedar Jadhav and Vijay Shankar/Hardik Pandya. It made for some wonderment is Karthik fighting for a spot with Rayudu, or with Dhoni-Rishabh Pant, or is he in a battle with himself here?

In this experimentation phase for the number four spot, since 2017 Karthik batted there in nine matches and averaged 52.80. He can feel short-changed for getting only one game in England as KL Rahul struggled before him, and then was asked to do the job during the Asia Cup in Kohli s absence. He deserved a longer run at number four, but then it didn t happen against West Indies at home.

Perhaps it is because Karthik s form at the moment oscillates between brilliant and inadequate. The former happens when he revels in tight situations, and has to simply smack the ball whilst finishing the game. The attack mode seems to liberate Karthik, and it is what the team management sees in him primarily to assign the finishing job to him. Never mind that average, there is not enough evidence to say he has been tested in the building job .

Like Rayudu, Karthik thus had that chance in Hamilton, particularly with Dhoni missing. While Pant is still in contention for the World Cup, he is not actively playing ODI cricket Karthik has that chance, in a manner of speaking. But either his opportunities to make a long-term impression have been few, or he simply hasn t done enough to make a stronger case for himself at number four, which additionally portrays his contentment over the finishing job lower down the order.

In summation, it is tough to say which the greater disappointment is that the Indian batting line-up was let down by its two most senior batsmen. Or, that neither Rayudu nor Karthik took this chance in individual capacities, even as only six ODIs remain before the World Cup. 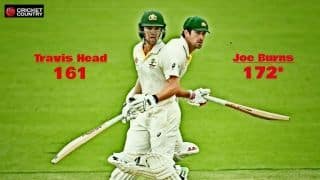