Everyone has heard and believed in love stories that have lasted forever. Be it between a husband-wife or a girlfriend-boyfriend and these days a rare kind of love between a human and a dog. There have even been plays and poems based on the timeless love stories of Romeo and Juliet, Adam and Eve, ‘Heer-Ranjha’ or ‘Laila-Majnu’. These are bonds that have never been broken. Even as lovers died for each other, which is why they are etched in history books. Similarly, cricket’s history book not only revolves around numbers, but also a cricketer’s love for a particular venue. Yes, a one of a kind bizarre love story, one of that which is often spoken about, is of Rohit Sharma and Eden Gardens.

There have been cricketers like Mohammad Azharuddin and VVS Laxman who have had their share of love with this venue, but none could match the glazing affair between Rohit and Eden Gardens. So let us look at this way; score of 177 on his Test debut at this venue in 2013 to the last one being an unbeaten 84 against Kolkata Knight Riders (KKR) in IPL 2016: It has indeed been a long journey, as if Rohit and Eden Gardens were meant for each other. Whenever he has been in his poorest form, it is this venue that has helped shut all the critics and has given him chance to revive his career.

Considering India and New Zealand are all set to meet for the second Test on this very venue and a lot has been spoken and ridiculed about the ‘Hitman’ for his Test spot, let us have a look at some of the best chapters that Rohit has written on Eden Gardens:

200* vs Bengal (2010-11): Mumbai were 28 for 1 on Day Three of the Ranji Trophy match in 2010-11 season against Mumbai. Rohit, who missed an opportunity to score century against Saurashtra after being dismissed for 93 in the opening match, saw to it that he achieves the inevitable in Kolkata scoring his third double-century and an unbeaten one. It was Eden Gardens once again and this time his six hours and 23 minutes of play helped him conquer all the praises in no time. Those 23 boundaries and 3 sixes rattled Bengal and took Mumbai to a score of 621 for 8 during Super League A match. This was just the first step towards getting to know this venue.

109* vs KKR (2012): This was one of his first record breaking debuts on this ground. That pretty much tightened the bond between Rohit and Eden Gardens. He not only built a gigantic partnership with Herschelle Gibbs of 167 runs for the second wicket, but also hit his maiden IPL century that included 12 fours and 5 sixes to thrash KKR, who had a dream run of victories in 2012 edition of IPL, but one man shackled the dreams of the team. That brought Rohit a tad bit closer to the venue.

177 vs West Indies (2013): After a wait of 108 One-Day International (ODIs), Rohit finally received a nod for his maiden appearance in the Test arena. Although the highlight of the match was Sachin Tendulkar’s final Test appearance, in no time it switched to Rohit’s brilliance once again. After being wiped out for 234, West Indies in no time shook the Indian top-order and bought them down to 83 for 5. It was Rohit then who turned out to be the savior through crucial partnerships with MS Dhoni and Ravichandran Ashwin, who also secured a century. With back-to-back boundaries, Rohit patiently moved from 92 to 104 and added a milestone of being the 14th Indian to secure a century on Test debut. That was not it. His knock of 177 also remains the highest knock by a Test debutant on this venue.

Year after year, this venue never gave any moment of disappointment to the right-handed batsman.

264 vs Sri Lanka (2014): This! This was the moment when Rohit’s fortunes turned forever in limited-overs cricket. A tough time was looming over Rohit when he was injured but he broke all the norms and established himself as one the best limited-overs cricketers. India posted 404 against Sri Lanka. Well the ingredients included 33 fours and 9 sixes from the ‘Hitman’, achieving his best ODI score till date of 264 off just 173 deliveries. The interesting bit to reach till this stage was that he was dropped while batting on 4. Well, the Lankans were helpless and managed to score just 251. Mind you, only Rohit had the potential to score yet another double-century in an ODI after his 209 against Australia.

98* vs KKR (2015): Same opponent, different year, a missed century but no regrets. In the opening game against KKR, Rohit was once again the hero but with no cape. Entering at a stage when Mumbai Indians (MI) were 37 for 3 insidethe Powerplay, Rohit decided to take the matter in his hands. That’s when the machine started moving in the right direction and Rohit along with New Zealand’s Corey Anderson undid all the damages. Although MI were the losing side, there was once again something to celebrate between Rohit and Eden Gardens.

98* vs West Indies (2016): Once again it was limited-overs cricket, the hot-pick format that he likes to binge on and once again Rohit came forward to hunt for runs at the same venue. By now, Eden Gardens and Rohit had developed telepathy. They knew their karmic connection would stitch along huge runs. An unbeaten 98 was written on the cards that too in a warm tie against West Indies ahead of the pool matches of ICC T20 World Cup 2016.

84* vs KKR (2016): He might have a never ending relationship with the venue, but his favourite opponents were KKR once again. This time he avenged the earlier defeat and an unbeaten 84 was what required to help MI stay alive in this tournament. The game had reached an interesting stage where MI needed 18 to chase down the target and win this match. Rohit wiped off the 17 runs while left just a single run to win from six.

Does this sound any less than a fairytale? The depth of the bond between Rohit and this ground is such that when he steps on the turf, it’s magical and rest turns to be history. Rohit oozes with batting talent indeed, but that image set with his debut, it is yet to be cracked open in Tests. When he goes for those boundaries, he is a delight to watch and most of it has come through this very ground. The magic is so unexplainable that Rohit strikes with much ease and perfection when he plays on this venue.

The bond is so special that even Rohit had no words to explain about the same. After lifting the IPL Trophy in 2015, Rohit spoke to IplT20.com and said, “Oh, I do! I want to pack it and take it home and then carry it with me wherever in the world I go. This ground has now become extremely special for me; I have achieved so much here and it is very close to my heart. I don’t know why this ground is so special for me and I don’t even want to know as long as I keep coming here and performing the way I have so far and keep winning trophies.”

We are sure wifey Ritika Sajdeh has no complaints with this love affair as she had tweeted on social media after recent KKR match mentioning, “Fineeee Eden, I’ll share him with you.”

Now that Rohit has to prove his worth in the Test arena through New Zealand series, it is time for Eden Gardens to once again support its usual hero. And now that Rohit has the opportunity to turn his dreams into reality, one cannot forget this famous dialogue, “Agar kisi cheez ko dil se chaaho to puri kayanat usey tumse milane ki koshish mein lag jaati hai.” One can only hope, this eternal saga has a happy ending with runs galore at Eden Gardens. 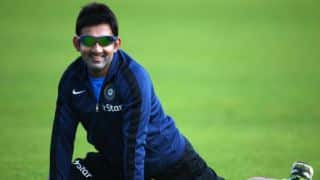 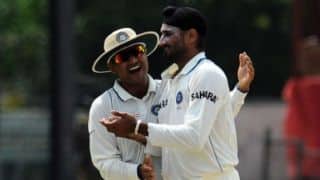