Here's hoping for a hard fought and fair contest.

Driving to my office this morning, my regular music channel on radio broke its routine of alternating between Yo Yo Honey Singh party songs and selling the hottest new property in Bangalore to talk about India vs Pakistan. The announcer wishing the Indian team in a voice bordering on a war cry; proclaiming that any loss is bearable for an Indian fan but a loss against Pakistan is unforgivable. It reminded me of how parents would wish their child before an all-important exam: “All the best, son, do well and don’t forget how we grounded you when you scored less than Sharma-ji‘s son. We love you!” India vs Pakistan Live Score

There was a time in the late 1990s when there was much talk of taking out the unwanted animosity associated with India vs Pakistan contests by playing each other regularly. The Sahara Cup in Toronto (the only prize in sports to earn the sobriquet of ‘Friendship’ Cup!), and a few regular tours somewhat reduced the tension associated with these highly charged contests in addition to providing great entertainment. It was not rare to see an Indian kid in the playground idolising a Shoaib Akhtar, a Saqlain Mushtaq or a Shahid Afridi, but the times have changed obviously. Bilateral contests with Pakistan are as unlikely as a Congress win in elections and familiarity has given way to delirium ably fuelled by media (social media included where I am guilty of contributing to it myself). Today, an average cricket fan salivating over an India Pakistan contest doesn’t even recognize half the players in Pakistan team.  PREVIEW: India vs Pakistan ICC Cricket World Cup 2015 Match at Adelaide

A sport cannot survive without these rivalries. Marquee contests like Rafael Nadal vs Roger Federer or England vs Germany or The Ashes that galvanise the fans and inspire athletes to go the extra mile in pursuit of excellence. India vs Pakistan is without doubt one of the greatest sporting rivalries on the planet; if not anything, the sheer number of passionate, emotional fans supporting their respective teams is unmatchable in any sport anywhere in the world. ICC Cricket World Cup 2015: Complete Coverage

But it is also a rivalry that routinely loses its plot. News about skirmishes on the border, heart attacks, stoning players’ homes often cover the newspaper on the following day when you open it hoping to read only about wickets, runs and match winners. ICC Cricket World Cup 2015: SCHEDULE & MATCH DETAILS

So how do we do this then? Play “Aman ki Asha” ads every time there is an India vs Pakistan game? Invite PMs for their “Cricket Diplomacy”? To my mind, neither is required. There’s nothing wrong with being passionate about supporting your team, to celebrate their wins and commiserate their defeats. It’s great fun to bring out the banter on twitter while the contest is on. ICC Cricket World Cup 2015: POINTS TABLE

But when the game is over, when the players who haven’t given or asked for an inch during the contest shake hands, let us all do the same as fans. Let us all stand up and applaud these men from both sides who shoulder the hopes of their nations for a day. Let us all be the Chennai crowd of 1998-99 that stood up and applauded Wasim Akram’s men after a bitter, hard-fought loss.

Here’s hoping for a hard fought and fair contest. May the best team continue its winning streak (ah, did I mention that both teams have lost their last four matches?) in World Cups!

(Rajesh Tiwary is a self confessed computers and cricket geek. He tweets on cricket as @cricbc) 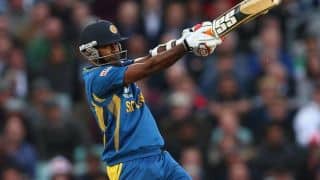 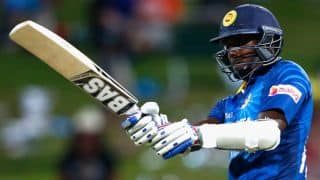