The home side has been pulled down due to unfortunate injuries to key players, and is now finding ways to make a comeback.

South Africa trail 0-2, not a score-line one comes across very often when they play at home. This rarity has been achieved by India courtesy Kuldeep Yadav and Yuzvendra Chahal. Virat Kohli-led India have hit back after a loss in the Test series and gained lead in six-match ODI series. The home side has been pulled down due to unfortunate injuries to key players, and is now finding ways to make a comeback. India, on the other hand, will look to keep the momentum going and notch up their third successive win to ease pressure off further games.

Kuldeep and Chahal have bamboozled the Proteas with their wrist-spin in a sequence of matches. Both have taken turns to outclass the likes of JP Duminy, David Miller, Hashim Amla and co. to claim 13 wickets between them so far in the series. Their different trajectory and variation in speeds have been one of the main reason of South Africa s crumbling.

Stand-in captain Aiden Markram and batting coach Dale Benkenstein have openly said that understanding Kuldeep and Chahal will take time as they bring in an element of newness. Despite playing in the IPL, South African players have still not found out ways of making adjustments against spin bowling, which continues to be their Achilles heel.

With the pitch at Cape Town expected to be dry and underprepared following lack of water amenities, Kuldeep and Chahal will feel more at home than the tracks at Durban and Centurion.

After AB de Villiers and Faf du Plessis, now Quinton de Kock has been ruled out of the remaining ODIs, and is due to be absent for the T20Is as well. All three were key to South Africa fire-power at top of the order, with them gone it will be interesting, who takes over the role of aggressor.

De Kock s unavailability means Heinrich Klaasen is likely to be handed a cap. The 26-year-old has an impressive average of 46.47 in First-Class cricket, and has earned renown as a six-hitter.

South Africa might be tempted to play a fast bowler in place of Tabraiz Shamsi, but given the conditions at Cape Town, they might just give him another shot at redemption.

No scope for a change

It is unlikely India would tinker with their winning combination. Experimentation should ideally happen after gaining winning, or least leveling the series. A small lapse in intensity now and South Africa will strike back with devastating force.

MS Dhoni is one dismissal away from 400 ODI dismissals.

India have never won or drawn a bilateral ODI series against South Africa in South Africa, if they win the third ODI, they will have assured at least a drawn series for the first time. 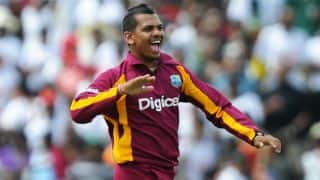